The 10th Avenue Bridge crosses the Mississippi River near downtown Minneapolis, Minnesota and also in proximity to the University of Minnesota. The bridge was formerly called the Cedar Avenue Bridge from days prior to the construction of the I-35W bridge when it connected to Cedar Ave. The bridge connects 10th Avenue Southeast, on the east side of the Mississippi River to 19th Avenue South, on the west side. The bridge is considered the crowning achievement of Minneapolis city engineer Kristoffer Olsen Oustad, who was one of four prominent Norwegian-American men who designed major structures in the region. It was added to the National Register of Historic Places in 1989, and also marks the downstream boundary of the Saint Anthony Falls Historic District. During the days immediately following the I-35W bridge collapse, the 10th Avenue Bridge was closed to traffic, then later reopened; it was one of the most used locations from which to view the wreckage and the recovery efforts. 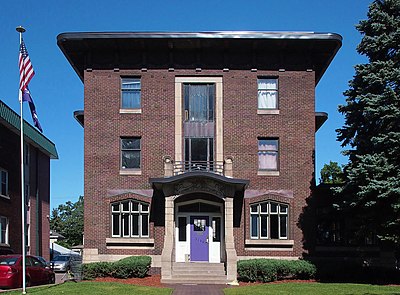 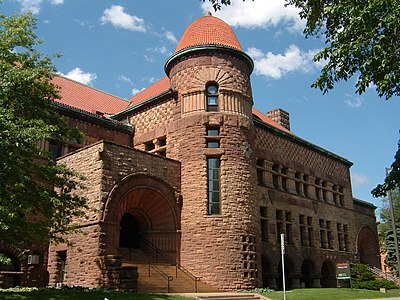 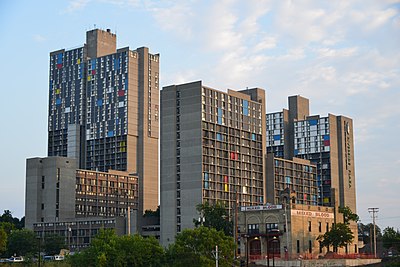 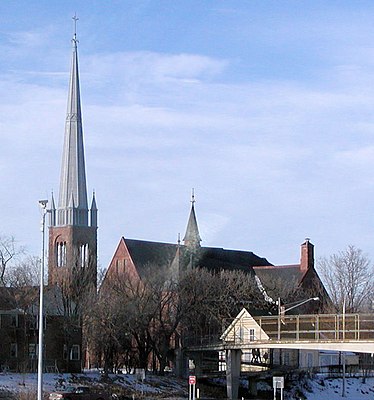 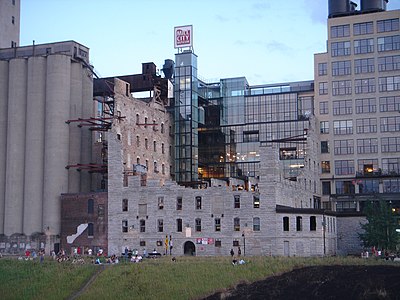 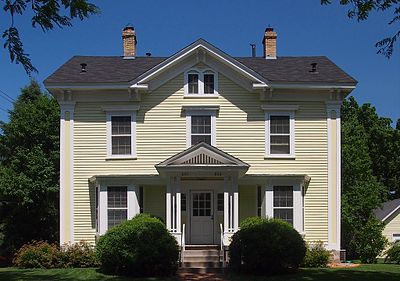 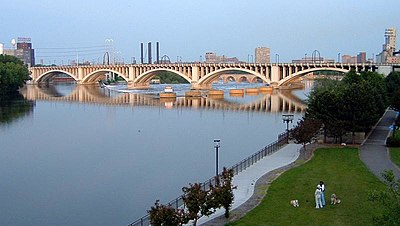 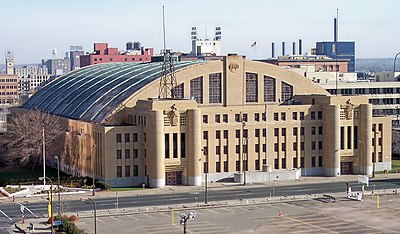 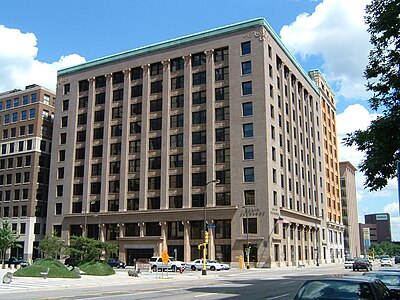 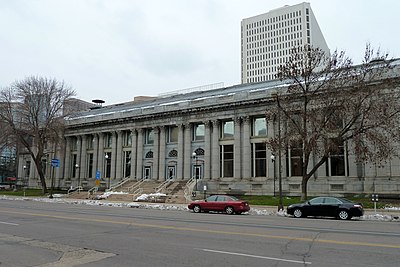