Aarau (German pronunciation: [ˈaːraʊ], locally [ˈɑːræʊ]) is a town, a municipality, and the capital of the northern Swiss canton of Aargau. The town is also the capital of the district of Aarau. It is German-speaking and predominantly Protestant. Aarau is situated on the Swiss plateau, in the valley of the Aare, on the river's right bank, and at the southern foot of the Jura Mountains, and is west of Zürich, and 65 kilometres (40 mi) northeast of Bern. The municipality borders directly on the canton of Solothurn to the west. It is the second-largest town in Aargau after Wettingen. At the beginning of 2010 Rohr became a suburb of Aarau. 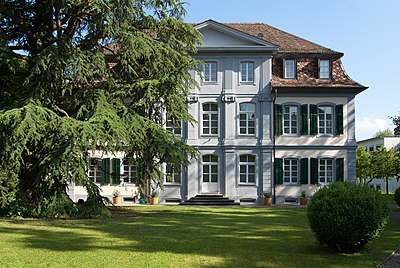 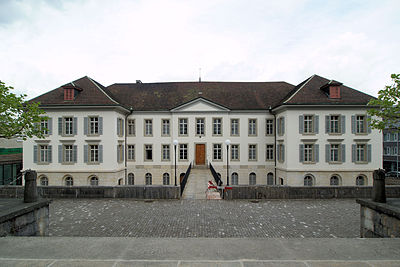 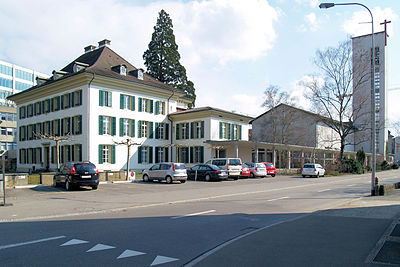 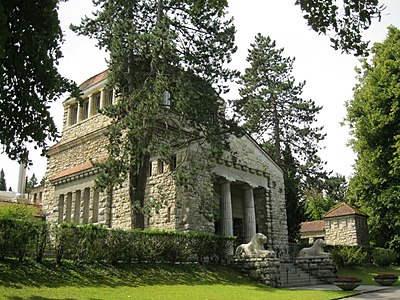 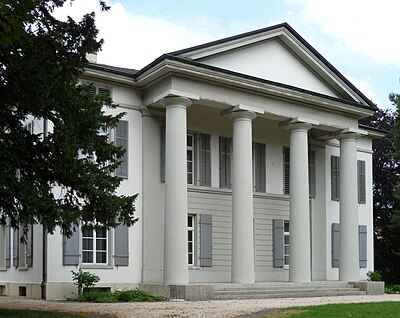 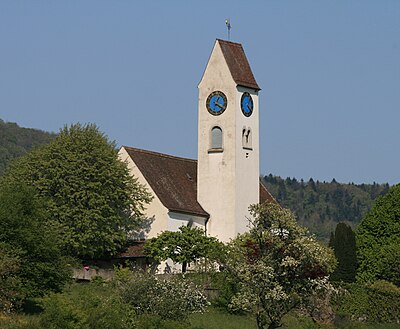