The Alhambra (; Spanish: [aˈlambɾa]; Arabic: الْحَمْرَاء‎ [ʔælħæmˈɾˠɑːʔ], Al-Ḥamrā, lit. "The Red One", the complete Arabic form of which was Qalat Al-Hamra) is a palace and fortress complex located in Granada, Andalusia, Spain. It was originally constructed as a small fortress in AD 889 on the remains of Roman fortifications, and then largely ignored until its ruins were renovated and rebuilt in the mid-13th century by the Nasrid emir Mohammed ben Al-Ahmar of the Emirate of Granada, who built its current palace and walls. It was converted into a royal palace in 1333 by Yusuf I, Sultan of Granada. After the conclusion of the Christian Reconquista in 1492, the site became the Royal Court of Ferdinand and Isabella (where Christopher Columbus received royal endorsement for his expedition), and the palaces were partially altered in the Renaissance style. In 1526 Charles I & V commissioned a new Renaissance palace better befitting the Holy Roman Emperor in the revolutionary Mannerist style influenced by Humanist philosophy in direct juxtaposition with the Nasrid Andalusian architecture, but it was ultimately never completed due to Morisco rebellions in Granada. 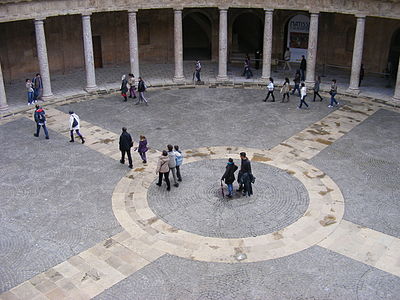 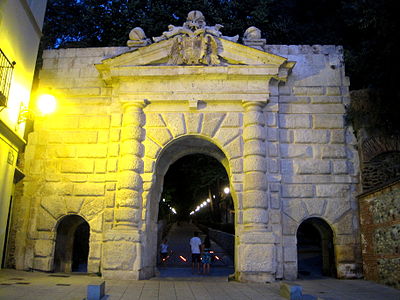 Gate of the Pomegranates 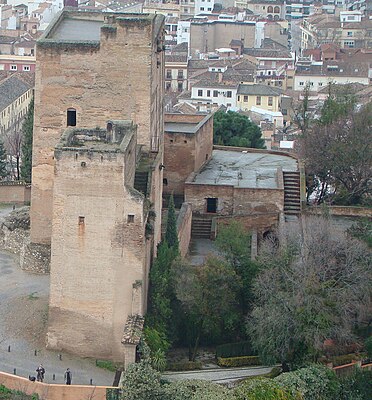 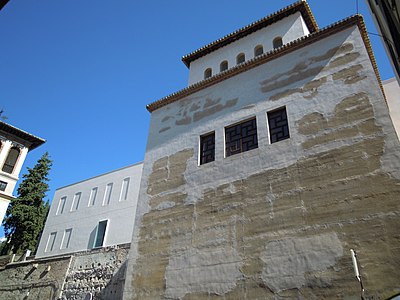 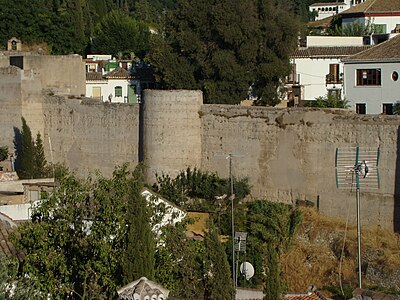 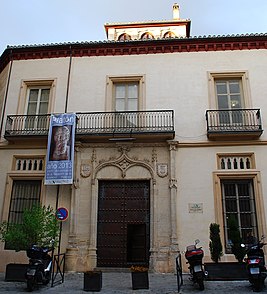