Bracklesham Bay is a coastal bay on the west side of the Manhood Peninsula in West Sussex, England. The bay looks out onto the English Channel and the Isle of Wight is visible from the beach, as is the Nab Tower lighthouse and the Spinnaker Tower in Portsmouth.

The bay is sandy and backed with shingle. The beach is popular with windsurfers, divers, surfers (mostly longboarders given the nature of the waves), stand up paddle surfers, and also fossil hunters, as the Bracklesham Beds, a well known fossil bed, is visible at low tide. The bedrock is London clay, and bits of the clay can be found on the sands. 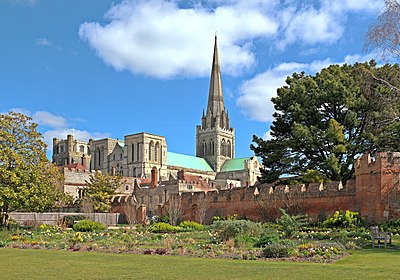