Deutsches Eck (German: [ˈdɔʏtʃəs ˈʔɛk], "German Corner") is the name of a headland in Koblenz, Germany, where the Mosel river joins the Rhine. Named after a local commandry of the Teutonic Order (Deutscher Orden), it became known for a monumental equestrian statue of William I, first German Emperor, erected in 1897 in appreciation of his merits in the unification of Germany. One of many Emperor William monuments raised in the Prussian Rhine Province, it was destroyed in World War II and only the plinth was preserved as a memorial. Following German reunification, a replica of the statue was erected on the pedestal after controversial discussions in 1993. It is today a Koblenz landmark and a popular tourist destination. 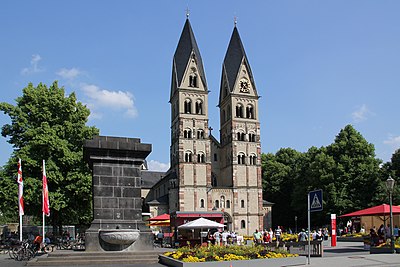 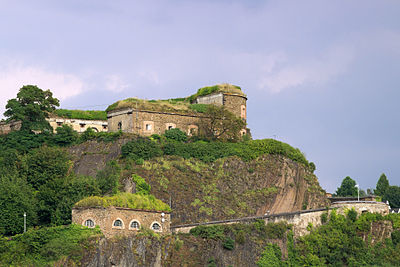 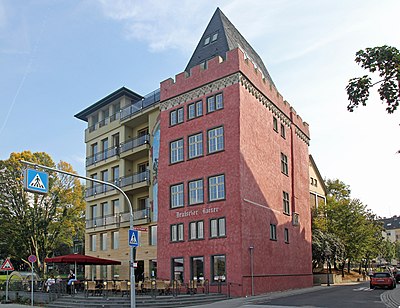 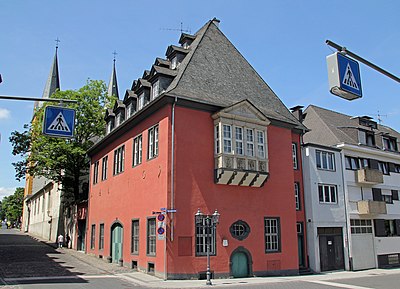 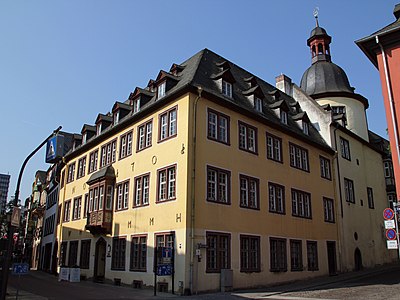 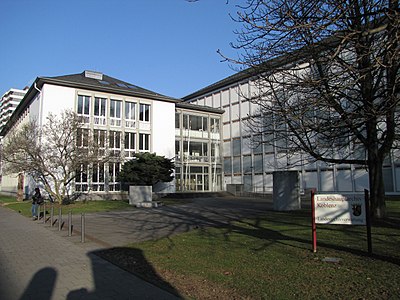 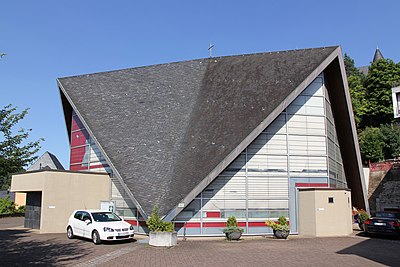 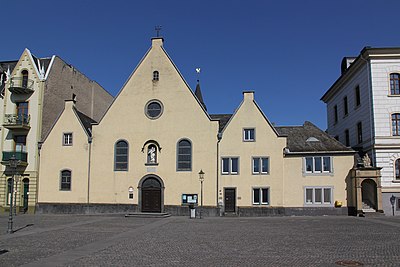 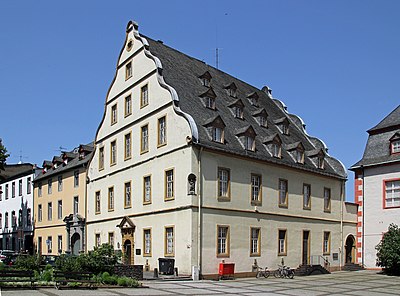 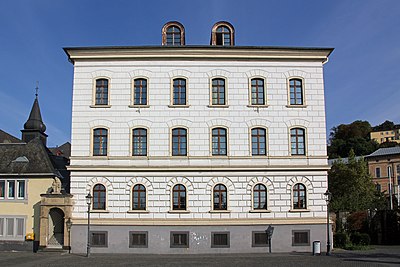 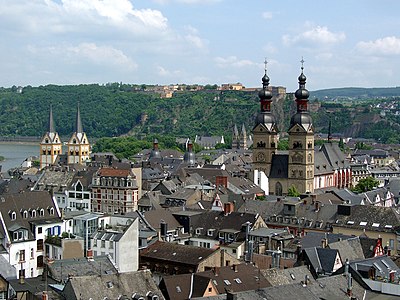 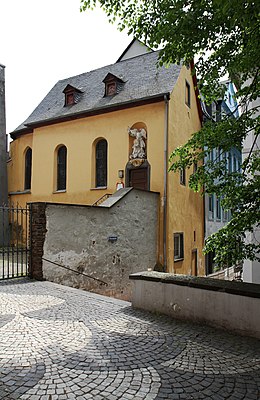 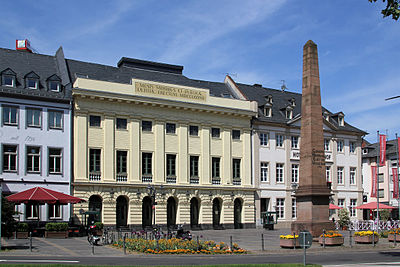