The First Baptist Church (or "Brattle Square Church") is an historic American Baptist Churches USA congregation, established in 1665. It is one of the oldest Baptist churches in the United States. It first met secretly in members homes, and the doors of the first church were nailed shut by a decree from the Puritans in March of 1680. The church was forced to move to Noddle's Island. The church was forced to be disguised as a tavern and members traveled by water to worship. Rev. Dr. Stillman led the church in the North End for over 40 years, from 1764 to 1807. The church moved to Beacon Hill in 1854, where it was the tallest steeple in the city. After a slow demise under Rev. Dr. Rollin Heber Neale, the church briefly joined with the Shawmut Ave. Church, and the Warren Avenue Tabernacle, and merged and bought the current church in 1881, for $100,000.00. Since 1882 it has been located at the corner of Commonwealth Avenue and Clarendon Street in the Back Bay. The interior is a pending Boston Landmark.

Church of the Covenant (Boston) 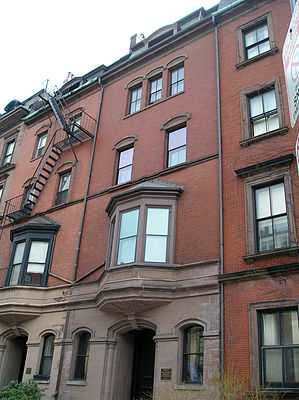 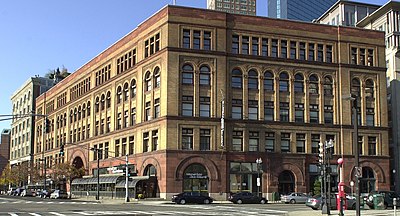 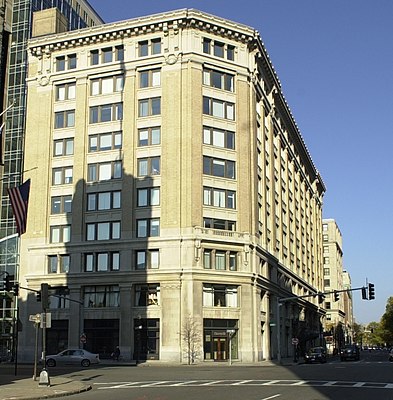 Armory of the First Corps of Cadets 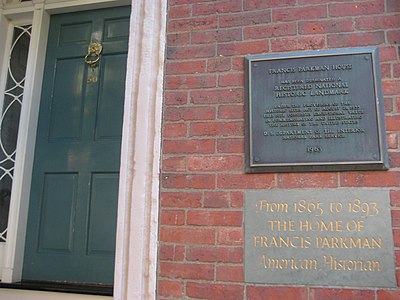 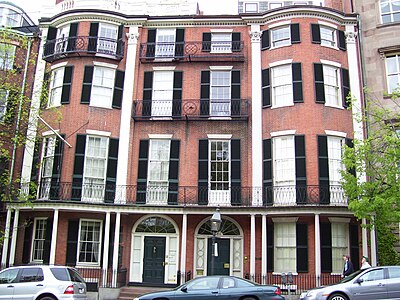