Glarus lies on the river Linth between the foot of the Glärnisch (part of the Schwyzer Alps) to the west and the Schilt (Glarus Alps)to the east. Very few buildings built before the fire of 1861 remain. Wood, textile, and plastics, as well as printing, are the dominant industries. The symbol of the city is the neo-romanesque city church. 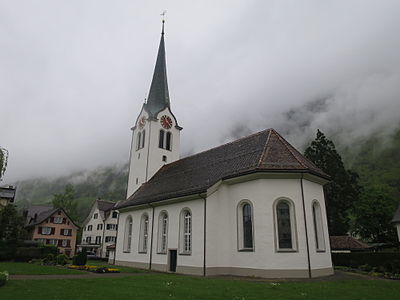 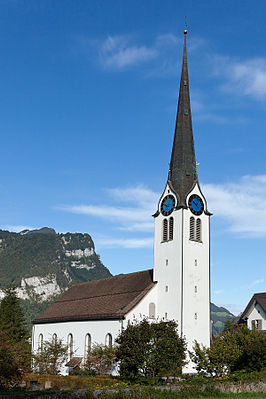 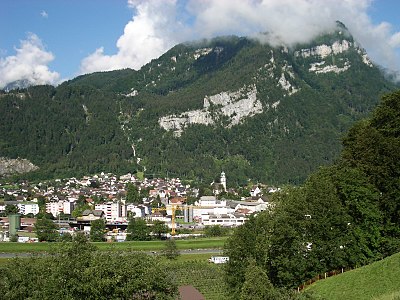 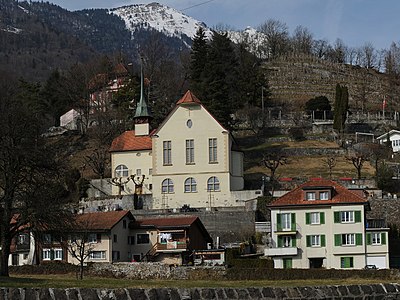 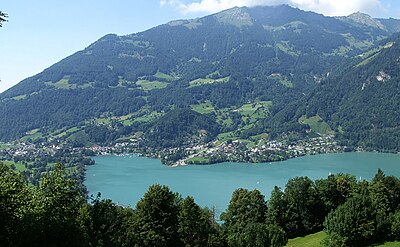 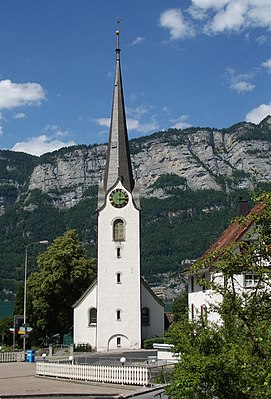 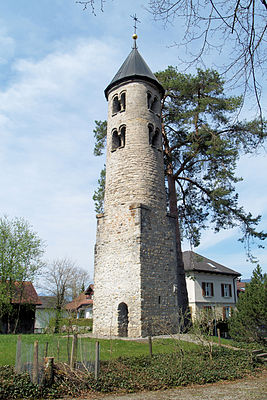