Gramercy Park () is the name of both a small, fenced-in private park and the surrounding neighborhood that is referred to also as Gramercy, in the New York City borough of Manhattan in New York, United States.

The approximately 2-acre (0.81 ha) park, located in the Gramercy Park Historic District, is one of two private parks in New York City – the other is Sunnyside Gardens Park in Queens – as well as one of only three in the state; only people residing around the park who pay an annual fee have a key, and the public is not generally allowed in – although the sidewalks of the streets around the park are a popular jogging, strolling and dog-walking route. 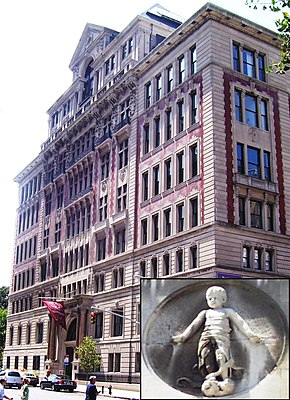 Society for the Lying-In Hospital

Church of the Immaculate Conception and Clergy Houses 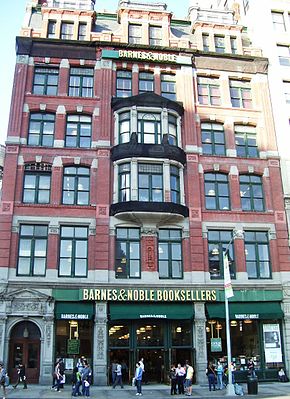 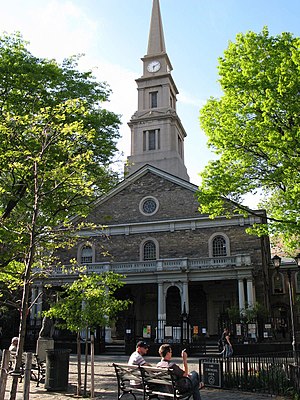 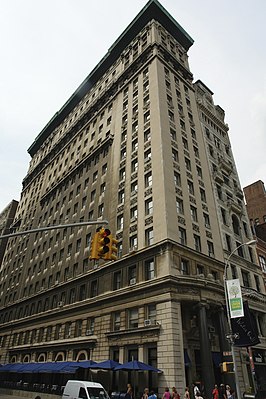 Bank of the Metropolis 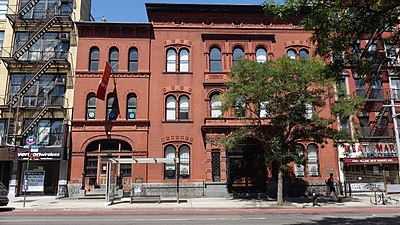 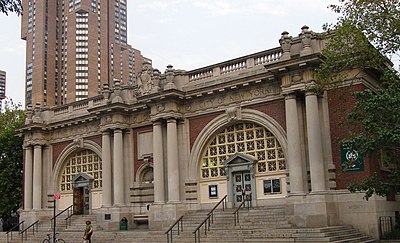 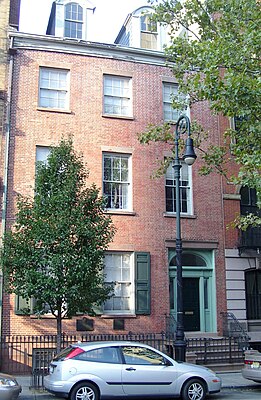 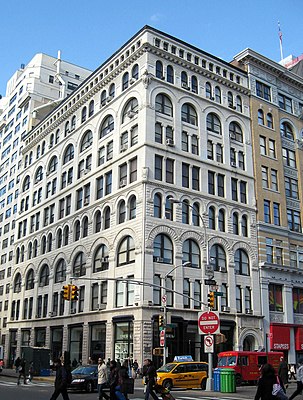 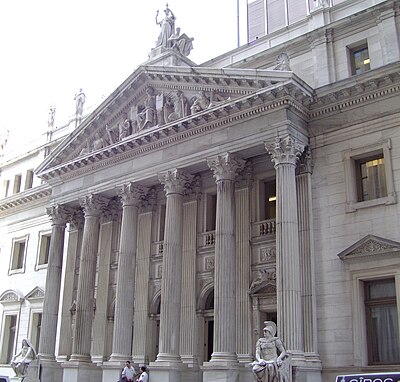