The Jet d'Eau (French pronunciation: ​[ʒɛ do], Water-Jet) is a large fountain in Geneva, Switzerland, and is one of the city's most famous landmarks, being featured on the city's official tourism web site and on the official logo for Geneva's hosting of the 2008 UEFA Championships. Situated at the point where Lake Geneva empties into the Rhône, it is visible throughout the city and from the air, even when flying over Geneva at an altitude of 10 kilometres (33,000 ft). 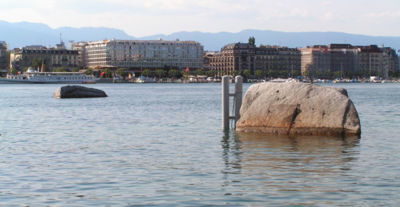 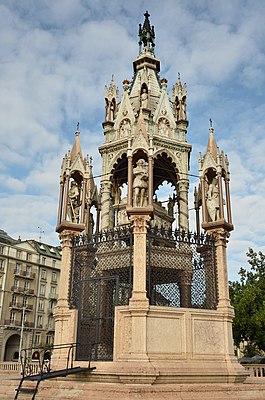 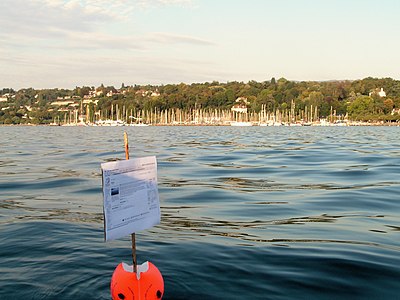 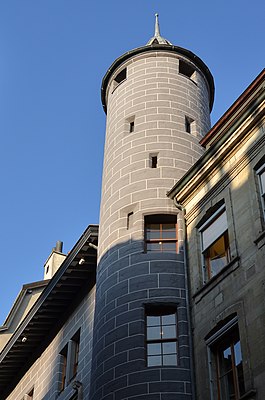 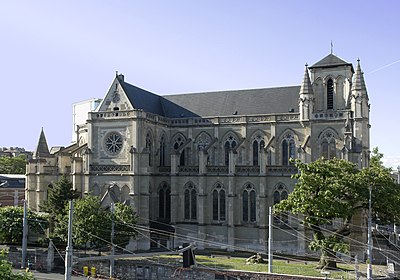 Basilica of Our Lady of Geneva 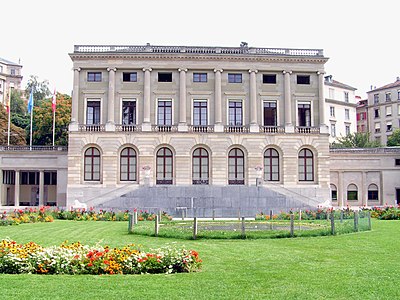 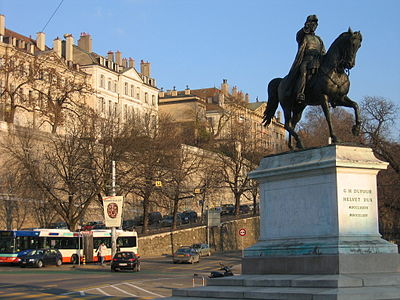