The Kahuzi-Biega National Park is a protected area near Bukavu town in eastern Democratic Republic of the Congo. It is situated near the western bank of Lake Kivu and the Rwandan border. Established in 1970 by the Belgian photographer and conservationist Adrien Deschryver, the park is named after two dormant volcanoes, Mount Kahuzi and Mount Biega, which are within its limits. With an area of 6,000 square kilometres (2,300 sq mi), Kahuzi-Biega is one of the biggest national parks in the country. Set in both mountainous and lowland terrain, it is one of the last refuges of the rare species of Eastern lowland gorilla (Gorilla beringei graueri), an endangered category under the IUCN Red List. The park is a UNESCO World Heritage Site, inscribed in 1980 for its unique biodiversity of rainforest habitat and its eastern lowland gorillas. 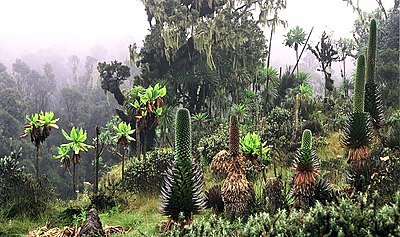 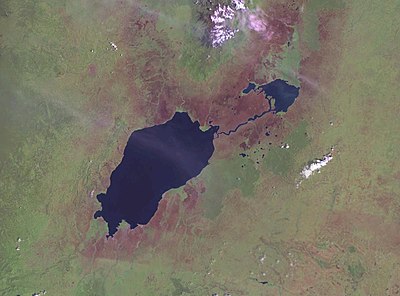 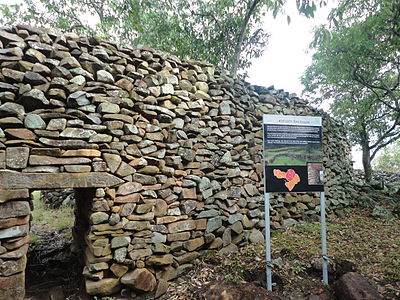