Macquarie Island, a UNESCO World Heritage Site, lies in the southwest Pacific Ocean, about halfway between New Zealand and Antarctica. Regionally part of Oceania and politically a part of Tasmania, Australia since 1900, it became a Tasmanian State Reserve in 1978 and was inscribed on the World Heritage List in 1997.

It was a part of Esperance Municipality until 1993 when the municipality was merged with other municipalities to form Huon Valley Council. The island is home to the entire royal penguin population during their annual nesting season. Ecologically, the island is part of the Antipodes Subantarctic Islands tundra ecoregion. 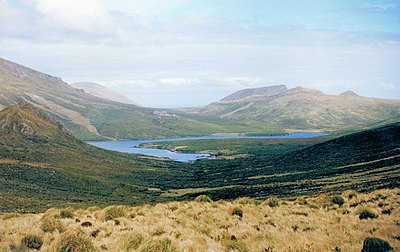