Magdeburg Cathedral (German: Magdeburger Dom), officially called the Cathedral of Saints Catherine and Maurice (German: Dom zu Magdeburg St. Mauritius und Katharina), is a Protestant cathedral in Germany and the oldest Gothic cathedral in the country. It is the proto-cathedral of the former Prince-Archbishopric of Magdeburg. Today it is the principal church of the Evangelical Church in Central Germany. One of its steeples is 99.25 m (325 ft 7 in) tall, and the other is 100.98 m (331 ft 4 in), making it one of the tallest cathedrals in eastern Germany. The cathedral is likewise the landmark of Magdeburg, the capital city of the Bundesland of Saxony-Anhalt, and is also home to the grave of Emperor Otto I the Great. 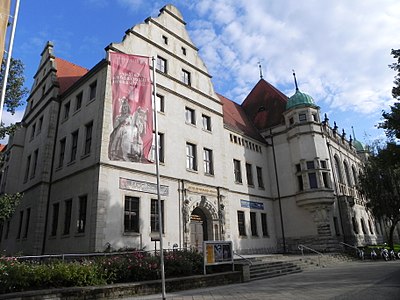 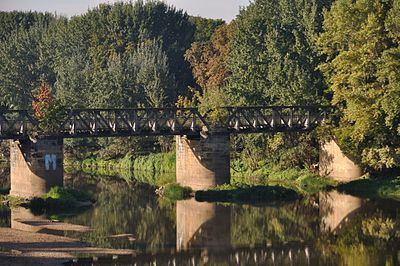