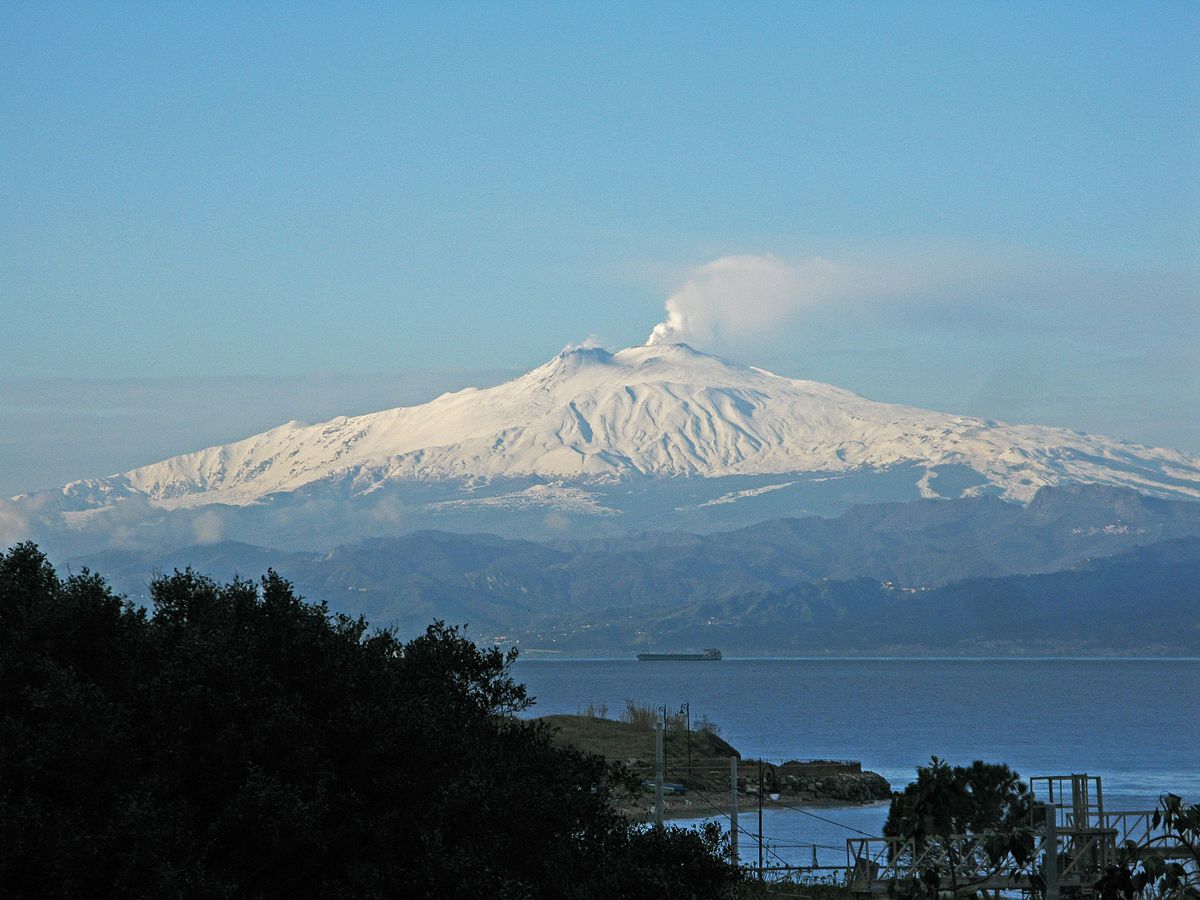 Mount Etna, or Etna (Italian: Etna [ˈɛtna] or Mongibello [mondʒiˈbɛllo]; Sicilian: Mungibeddu [mʊndʒɪbˈbɛɖɖʊ] or â Muntagna; Latin: Aetna), is an active stratovolcano on the east coast of Sicily, Italy, in the Metropolitan City of Catania, between the cities of Messina and Catania. It lies above the convergent plate margin between the African Plate and the Eurasian Plate. It is the highest active volcano in Europe outside the Caucasus. It is currently 3,329 m (10,922 ft) high, though this varies with summit eruptions. It is the highest peak in Italy south of the Alps. Etna covers an area of 1,190 km2 (459 sq mi) with a basal circumference of 140 km (87 miles). This makes it by far the largest of the three active volcanoes in Italy, being about two and a half times the height of the next largest, Mount Vesuvius. Only Mount Teide on Tenerife (Spain) surpasses it in the whole of the European–North-African region west of the Black Sea. In Greek Mythology, the deadly monster Typhon was trapped under this mountain by Zeus, the god of the sky and thunder and king of gods, and the forges of Hephaestus were said to also be located underneath it. 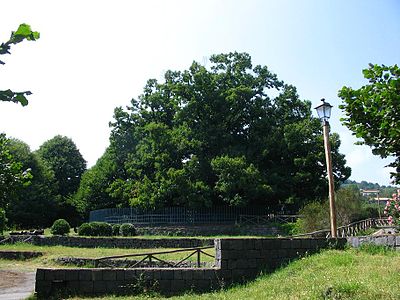 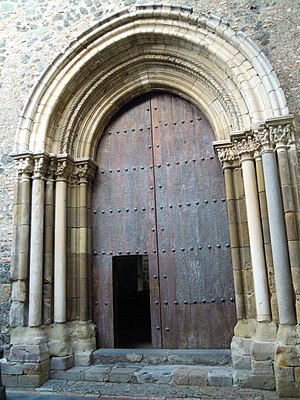 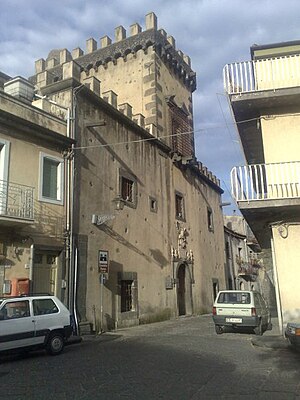 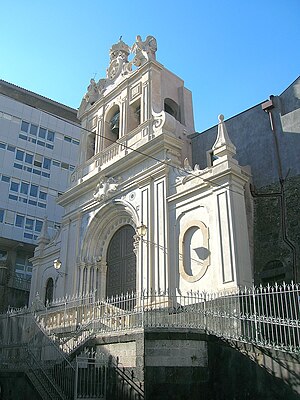 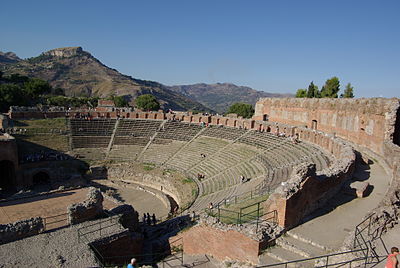 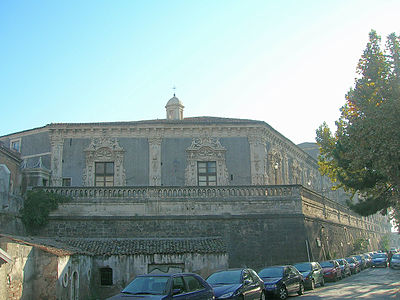 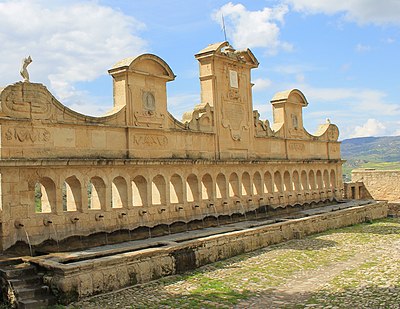 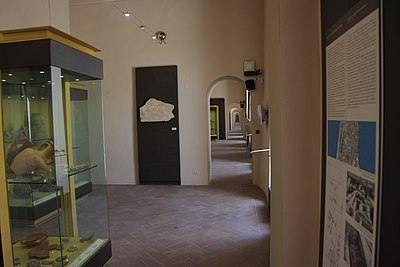 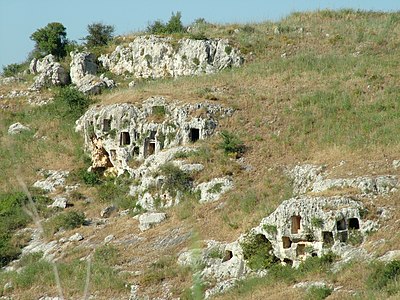 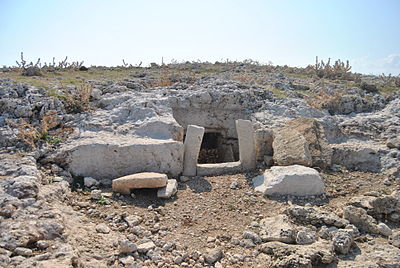 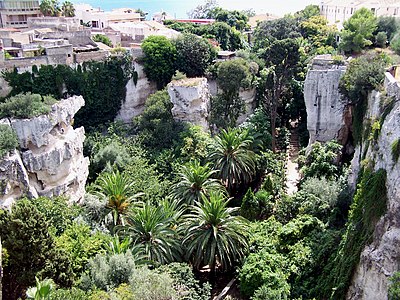