The Palais am Festungsgraben (“Palace on the Moat”), originally known as the Palais Donner, is a stately building in Berlin’s Mitte subdistrict located behind, and facing, the ensemble of chestnut trees around the Neue Wache (“New Guardhause”), near the eastern terminus of the boulevard Unter den Linden. The name refers to its construction next to a redundant canal, gradually filled in by 1883, which had originally been a moat surrounding the 17th century city wall. Built as a private residence, it later housed a succession of Prussian government offices, and after World War II various cultural institutions in the Soviet sector of Berlin. After administrative authority was transferred to the newly established German Democratic Republic (GDR) in 1949 it hosted a succession of institutions established to further German-Russian contacts. Since German reunification it has accommodated a theater (Theater im Palais) and from 2004 an art gallery (Saarländische Galerie – Europäisches Kunstforum e.V.).

Nearest places in Palais am Festungsgraben 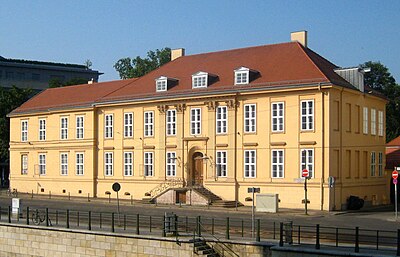 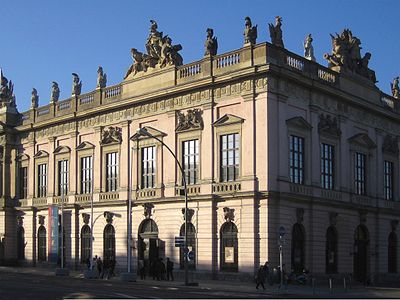 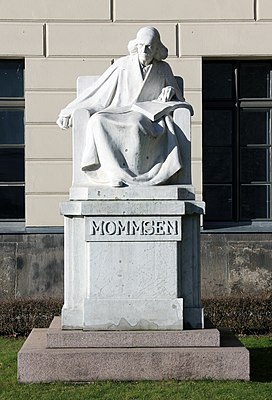 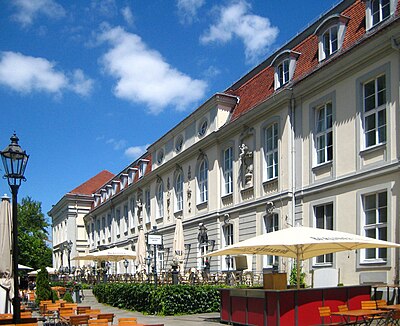 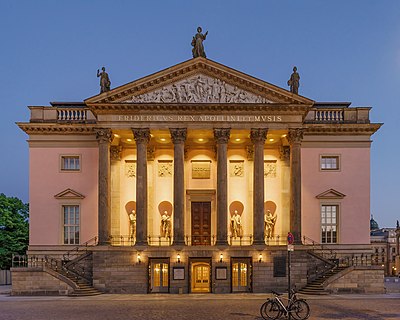 Equestrian statue of Frederick the Great 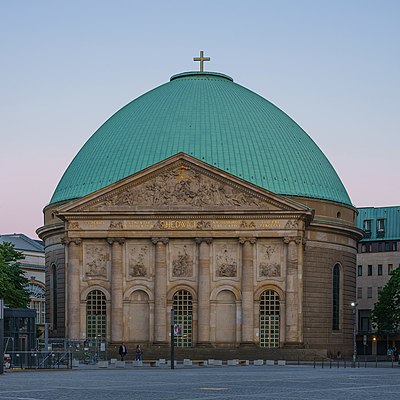