The Uffington White Horse is a highly stylised prehistoric hill figure, 110 m (360 ft) long, formed from deep trenches filled with crushed white chalk. The figure is situated on the upper slopes of White Horse Hill in the English civil parish of Uffington (in the ceremonial county of Oxfordshire and historic county of Berkshire), some 8 km (5 mi) south of the town of Faringdon and a similar distance west of the town of Wantage; or 2.5 km (1.6 mi) south of Uffington. The hill forms a part of the scarp of the Berkshire Downs and overlooks the Vale of White Horse to the north. The best views of the figure are obtained from the air, or from directly across the Vale, particularly around the villages of Great Coxwell, Longcot and Fernham. The site is owned and managed by the National Trust and is a Scheduled Ancient Monument. The Guardian stated in 2003 that "for more than 3,000 years, the Uffington White Horse has been jealously guarded as a masterpiece of minimalist art." The Uffington Horse is by far the oldest of the white horse figures in Britain and is of an entirely different design from the others inspired by it. 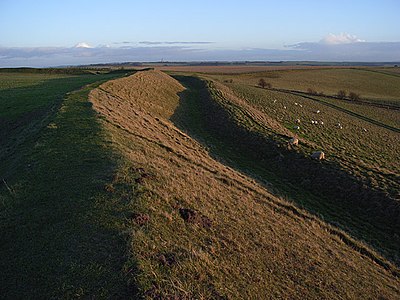 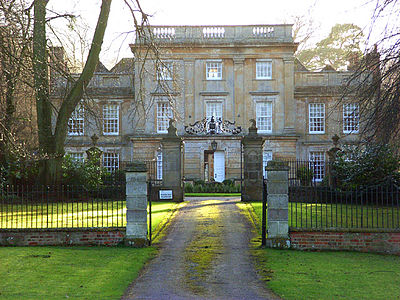 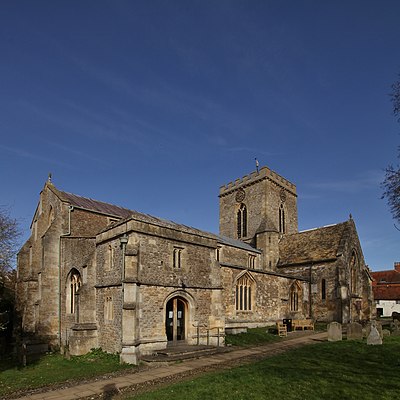 Statue of Alfred the Great, Wantage 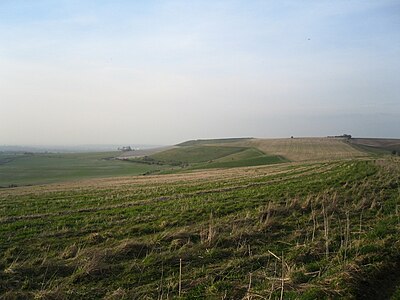 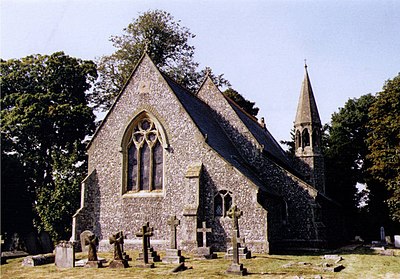 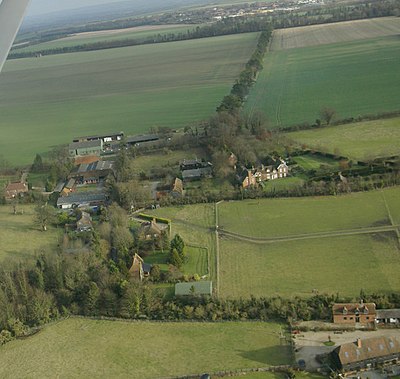