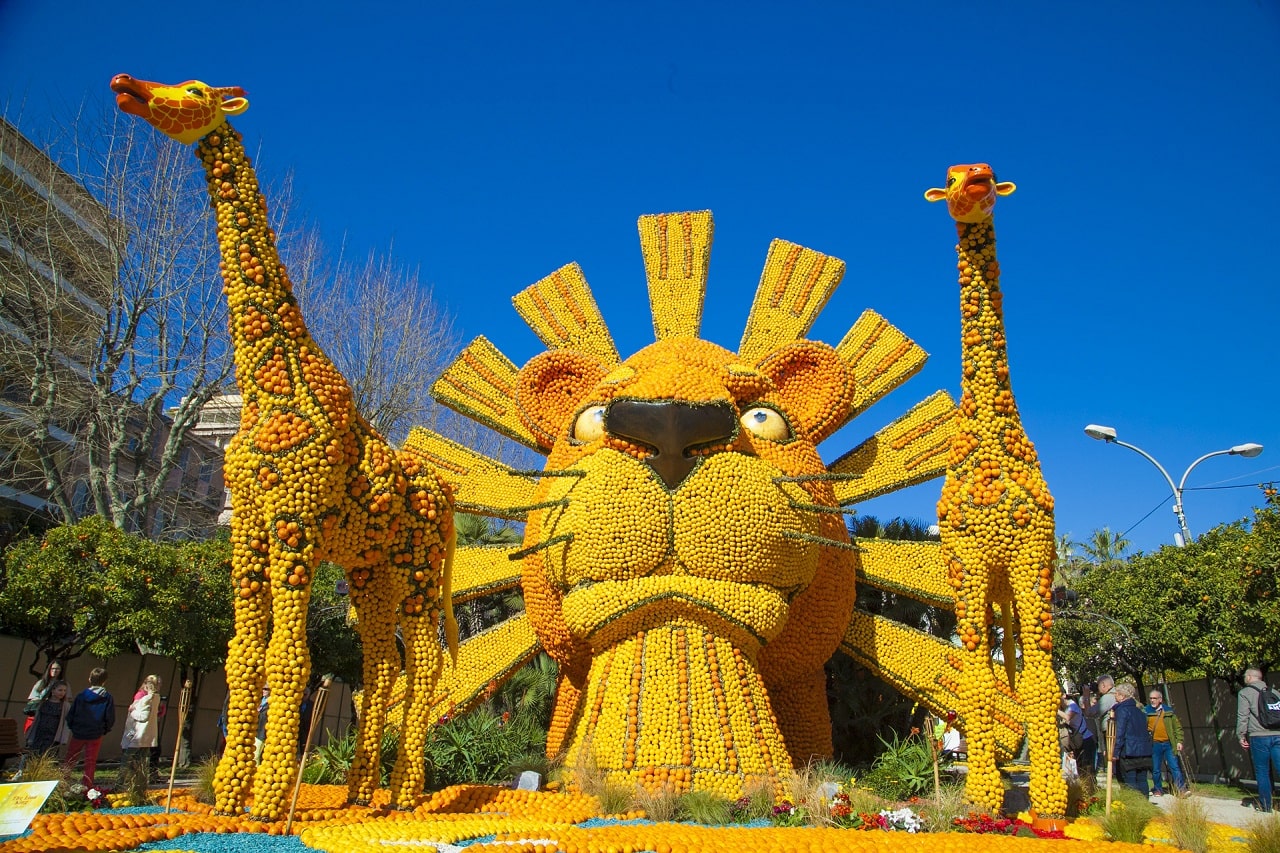 Menton is the lowest level of administrative division in the French Republic located on the Franco-Italian border, within the confines of the Côte d’Azur and the Ligurian Alps. It is well known for its warm micro-climate favorable to lemon, tangerine, and orange groves.

It was pretty popular for its Menton’s February Festival which initially started at the end of the 19th century. People still find it very exciting and fun. The festival is enjoyed for three whole weeks along with a daily Citrus Exposition, parades on Sundays,Corsos Nocturnes with fireworks on Thursday nights, and Jardins de lumières on Fridays.

The idea behind tis citrus. Beautiful arts are presented in yellow and orange color through out the festival. Menton, tucked along the coast next to Italy, becomes more animated than usual the second half of every February with the Fête du Citron. The Jardin Biovès also hosts the Expositions d’agrumes also known as Citrus expositions everyday during the whole festival. The fee for this specific part of the festival was €9 in 2009. It includes narrow gardens full of large, intricate creations, somewhat like static parade floats built mainly from citrus fruits.

The parades are held on a route through the town every Sunday, early afternoon. Tribunes, both along the seaside and on the inside streets, are available, or you can stand. On the other hand the night prades are held on two of the Thursday nights, including the parade, dancers and terminating with fireworks.

The garden of lights or Jardins de lumières are held on thursday nights of the festival. The expostion inside the Jardin Biovès is lighted and animated with dancers.

The highlights of the artistic creations of lemons and oranges includes rotating windmill blades for the Moulin Rouge and a turning paddle wheel in real water for the Dixieland steamboat.

Tickets for all the events are available at the Office de Tourisme, which is located a couple of blocks up Ave Boyer, along the eastern side of the Jardin Biovès. You can also view details regarding this on www.menton.fr. The Expositions d’Agrumes is easy, but places in the tribunes for the corsos go fast, so it is recommended that if you’re planning to be there then get your tickets on-line.