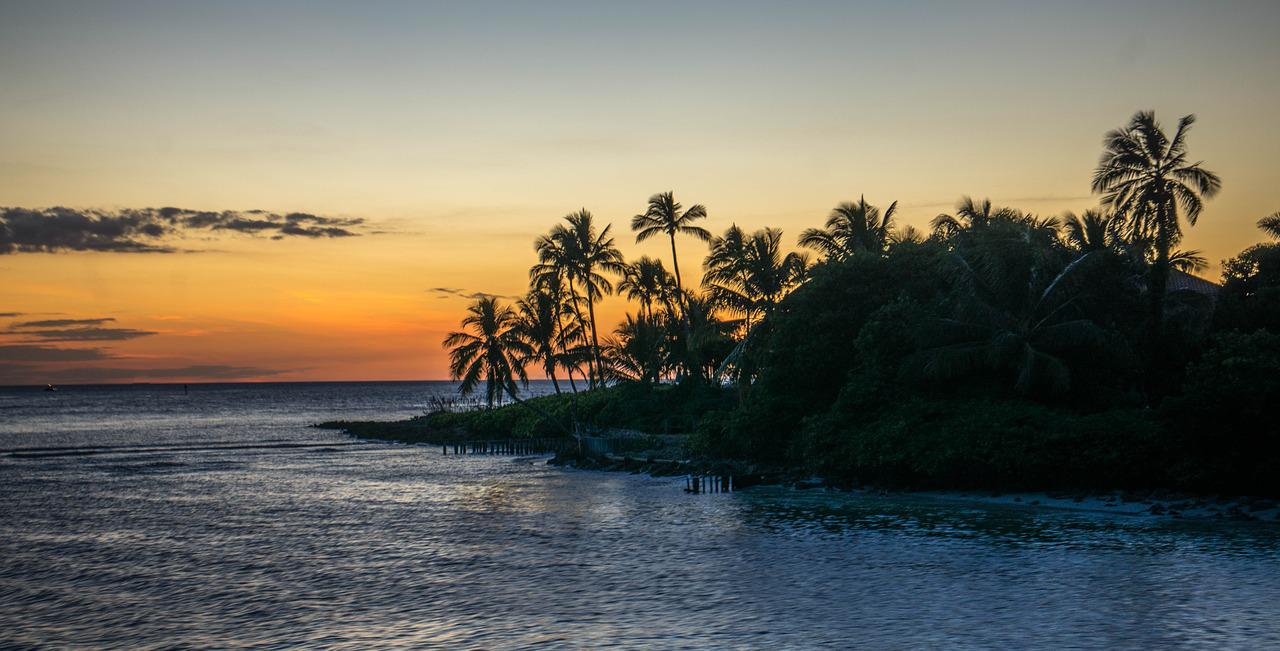 With inland waterways of over 300 miles, as well as 50,000 yachts registered, the world’s Yachting Capital is considered to be Fort Lauderdale. Serving as a home port for two of the world’s biggest cruise ships, and the location of the world’s biggest boat show, this Intracoastal Waterway presents a scenic and close proximity to the Atlantic. Adding the fact that this town in Southern Florida is sunny for 3,000 hours a year, it’s no wonder why this place is the ultimate location for a luxury lifestyle of boat-ups.

Formula H2O Racing   Though people find it pointless and expensive, this one’s a fun underwater experience. The Formula H2O Circuit’s Wreck Racing League is simply a series of underwater races via scooter, along the different wreck sites. Jeff Torode, a diving instructor, had the idea about a couple of years ago, and is dubbed as the world’s most quiet racing game. Vehicles with dive propulsion are used to navigate the wreck sites, cheered on by some free scuba divers, or those especially outfitted to bear witness to the event, and support the contestants.

Venice of America   Fort Lauderdale is also known as the Venice of America, owing to the fact that a lot of canals criss-cross the place. There are a lot of splendid houses lining up the canals, which have a front yard, as well as a boat slip at the back of the house. An example of luxury lifestyle in Fort Lauderdale is an astounding mansion that lies in the Intracoastal; a Ferrari parked just in front of the house, while a megayacht lies at the back.   Day Tours in the Intracoastal   If you don’t own a personal yacht yet, no problem, as it is pretty easy to rent a ship or boat of any size, for as long as you want. You can rent a pontoon or a small motorboat for just several hours, or go all-out for a Sunseeker or catarman for several weeks, as you cruise the Caribbean. Natives recommend the Best Boat Club for one’s rental needs.

Blue Moon’s Romantic Dockside Dining   Prawns, stone crabs, Caribbean lobster, conch and grouper: these are only some of the seafood delicacies to tickle your taste buds and satisfy your cravings. What’s best is they are all fresh off the boat. Naturally, there are many places that serve seafood for casual or fine dining, but if you’re tired of the same old thing and want a special place, locals point out the Blue Moon Fish Co. Their house specialties include roast grouper that’s stuffed with corn and roast lump crab, on top of mushroom risotto, as well as the yellowtail snapper sautéed beautifully in lime herb butter. These may be too rich for you to finish, but their daily specials are lighter and more simple, but are equally delicious.   Snorkel the South of Florida   Beaches that are Blue Wave-certified, warm, sunny weather all year round that warms the water temperatures: these are some of the reasons why people love coming to Fort Lauderdale’s coastline that’s 23 miles long, and why it’s a prime spot for underwater activities. Perfect for both the amateur and the professional, the coral reef system’s first tier is great for people who love to snorkel, as its crystal-clear waters glitter, and is only 30-feet deep.   Million Dollar Cruisers   Some argue whether it is Miami or Fort Lauderdale that’s the largest cruise port. But aside from luxury cruise ships, the waters of Fort Lauderdale also welcomes several mega-yachts of the world. From Usher to Steven Spielberg, and also Paul Allen (Microsoft magnate), these are only some of the glamorous millionaires who visit here.

Sea Life in New Eco-Habitats   Many people may find it strange that Fort Lauderdale’s waters has 25 wrecks just off its shore. These wrecks are only artificial, however; sunk down in order to help create a new habitat for the local sea creatures, thereby alleviating the stress caused on its reef system.

Still, new wrecks happen: a craft smuggling illegal cargo, or a Coast Guard cutter. Professionals go underwater to strip it down, removing anything dangerous or toxic, imploding and sinking them afterwards. Just for a month or two of stay underwater, this new wreck will then start to serve as home to sea creatures; sustaining and generating new life underwater.   Underwater World   If you have always wanted to go scuba diving in the south of Florida, now is the time to start, as you can get a certification online, and just complete your training once you arrive with a course that takes you in the water for a couple of days. Simply pass these tests and you are ready to dive your way down South Florida’s magnificent waters, and meet the sea creatures that teem below: from puffer fish to eels, giant grouper and the famous Florida lobster; be prepared to meet over 300 more species of creatures that live underwater.   Dusk at Las Olas   It wouldn’t be so much a luxury lifestyle that’s boat-up, if the people did not spend time on land as they do in water. If you wish to go directly into the main scene, simply dock at the infamous Riverwalk in Las Olas. During the morning, you can shop, eat and go strolling in the beautiful sunny weather.

When evening comes, go partying at the bars and enjoy their live music. Fat Cats is popular among tourists and locals alike for their wide selection of draft beers. For those who look for something more cultural, head on to the Broward Center for Performing Arts where you can watch a broadway show. Perhaps you’ll be fortunate enough to catch a performance by Andrea Bocelli, who is known for keeping a mansion along the Waterway, and usually performs around the town.   Coconuts along the Intracoastal   If you are one of the fortunate ones who own a boat docked in South Florida, you know that one of its simplest pleasures is the dock and dine. Here, it is easy to boat up to several restaurants, the way others do when they drive to one. Whether you are headed towards a restaurant for dinner, or simply to an outdoor café, coming by boat is always a little more pleasurable. Watching boats beside you going by the calm waters is also a lot more relaxing than having to put up with traffic on the streets.   Kite Boarding in the Key West   They say that it is not the eventual destination that really matters, but rather the journey itself. The locals in South Florida have taken this to heart: during long weekends and the Columbus Day Regatta, it is normal for a gathering of friends to secure their boats together or “raft up,” and anchor them on the Intracoastal, or offshore at sandbars. Then the partying begins; people swim, play games and music coming from someone’s sound system on his ship. There will also be grilling and later, watching the slow setting of the sun.