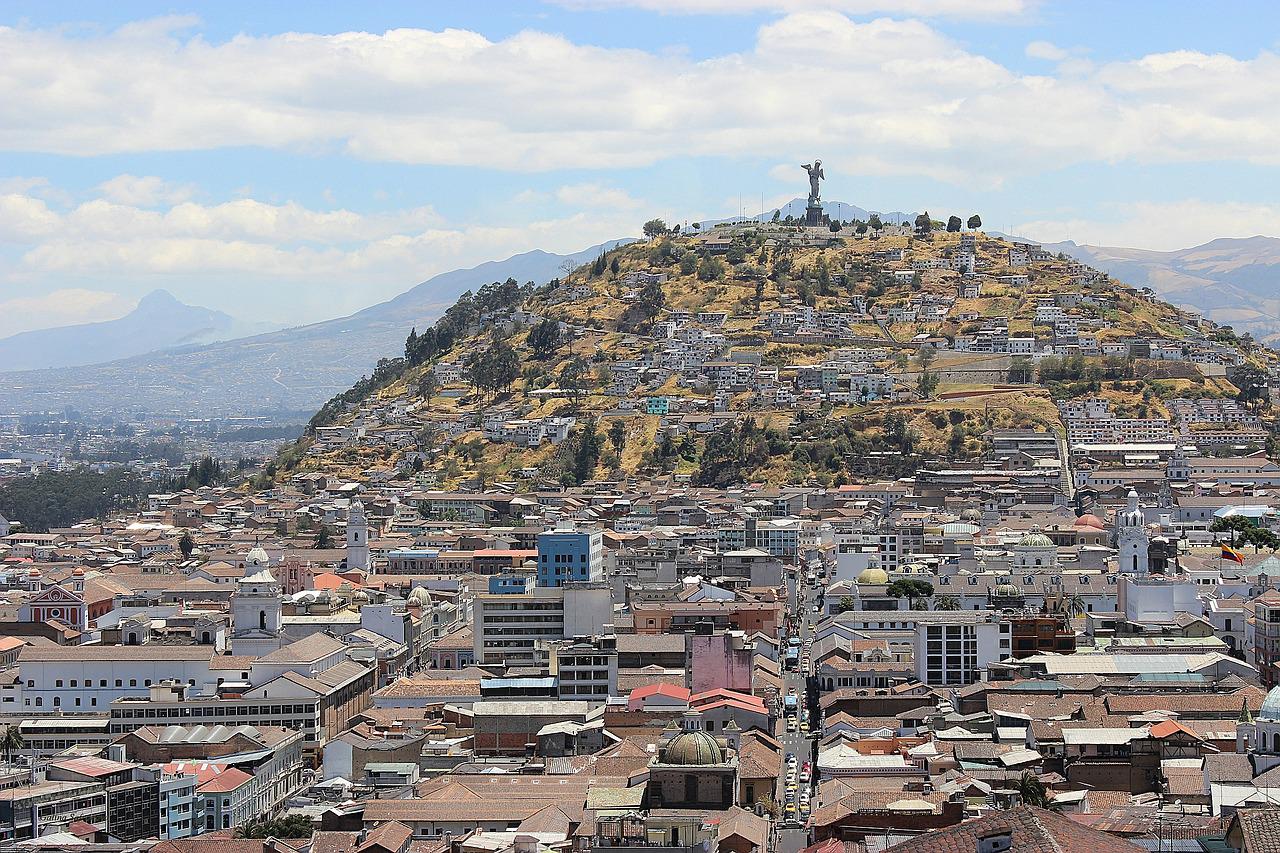 Ecuador is  a medium country (240 000 sqkm) in South America, being maybe the only one country in South America which has not Brazil as neighbor. Its neighbors are Columbia, Peru, and the Pacific Ocean.

The most important things about Ecuador is being one of the world’s countries with the biggest biodiversity. In a circle with 300 km radius centered in Quito you can find more different ecosystems than in the all continental United States of America!

Through Ecuador is the ecuator passing by, materialized in some regions through a yellow line, giving you two choices: whether  south, or north. You can simply go on your rhytm in the northern or southern hemisphere, which is a fantastic feeling.

The richness of the wildlife in Ecuador is due to the Andes amazonian jungle and to the Islands of Galapagos, searched even by the big english naturalist Sir Charles Darwin 150 years ago, when he was fundamenting its brillant Theory of Evolution.

Ecuador has been populated since 6000 b.C. In the Middle Age Ecuador was part of the Inca Empire, under King Atahualpa, with capital in Machu Picchu. When the spaniards came in the XVIth century the inca Empire was divided and weakened through fratricide fights. From the spanish colonial period the best conservated city is Cuenca. Therefore Cuenca is considered to be Ecuador’s most beautiful city. Other two important cities of Ecuador are Quito, the country’s capital(3 000 000  inhabitants) and Guayaquil, the country’s most important and biggest city with 4 000 000 inhabitants.  The amazing richness of wildlife in Ecuador is visible even if you simply sits in a park whether in Guayaquil, or in Quito. Instantly many insects and reptiles will come and search you in details. If you wanna search deeper the wildlife, visit the Galapagos Islands in the Pacific Ocean or the Andes amazonian jungle (selva). You can get accomodations in some environmental friendly hostels, made for creating jobs and give the indians a future. This hostels are very friendly and very cheap.

You can make shopping in Ecuador in the malls from Quito or Guayaquil, or you can find many fantastic handicrafts to the local festivals with a religious fundament. If you have the chance to get on a such festival, be sure not to miss it, as it is breathtaking. Besides the handicrafts you will surely recognize prechristian rythuals of the aborigines.

Bathing and beaching you can do in Ecuador in Guayaquil and in Salinas.

There are a lot of things to do in Ecuador, and in order to succeed you must take them one by one.