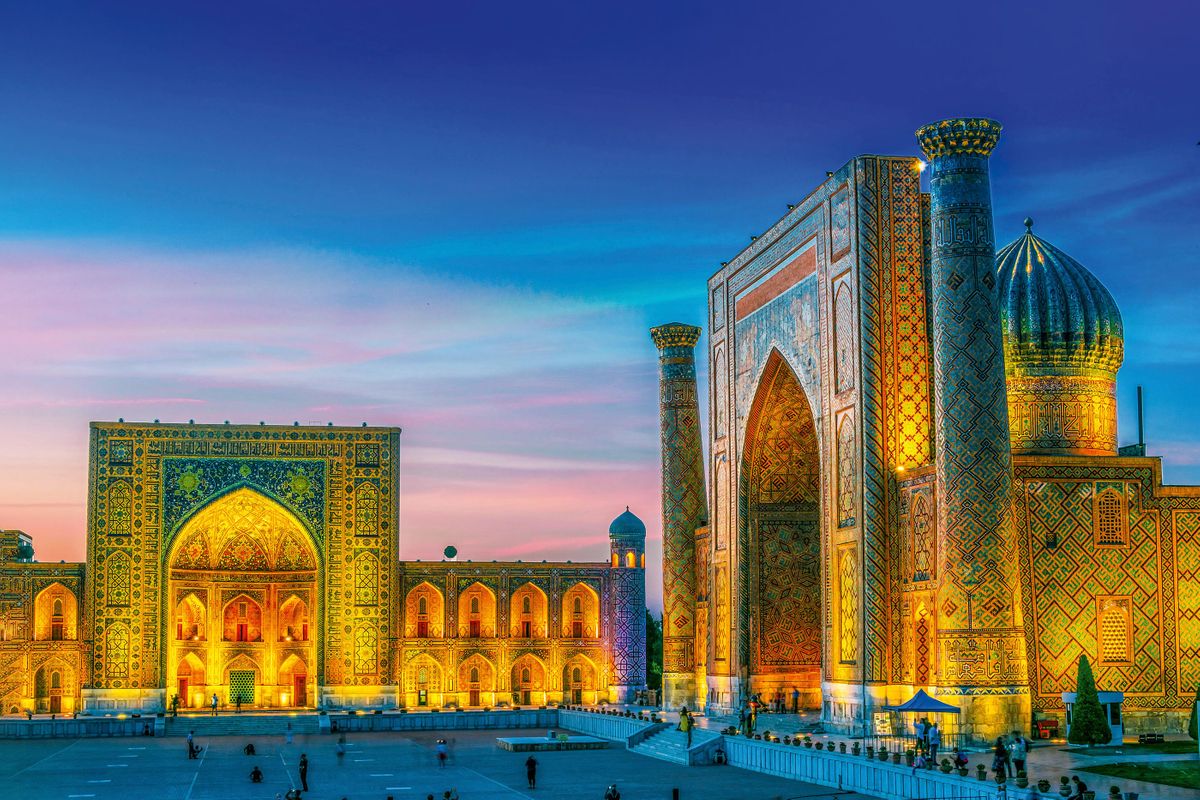 Samarkand is an exotic place in Central Asia, Uzbekistan. I discovered it in June and was already too hot. There is no shadow there, there is no hope for rains. Despite all these, an impressive city I fell in love with!

Samarkand is one of the oldest world’s cities. It is 2700 years old and was founded at the same time as Rome and Babylone, under the name of Afrasiab. Its actual name of Samarkand has a Persian origin and means the stonefort.

Samarkand was named the pearl of the Orient, the oriental Rome. It is, first of all, an Islamic city and a traditionally Islamic centre of scholar studies. You can find, see and admire here three Islamic universities from different periods of time, based in the fascinating square of Registan. Registan is a typically Islamic architecture, similar to the Spanish Alhambra and the Istanbul Blue Mosque. Registan means the sandy place, here were made the public executions and the sand was used for cleaning.

The three Islamic universities are:

–Ulugbek Madrasah, build between 1417-1420. During the XVth century was Islam’s bigger university. You can admire the geometry mosaique, the high wide arches, and the proportional minarets. 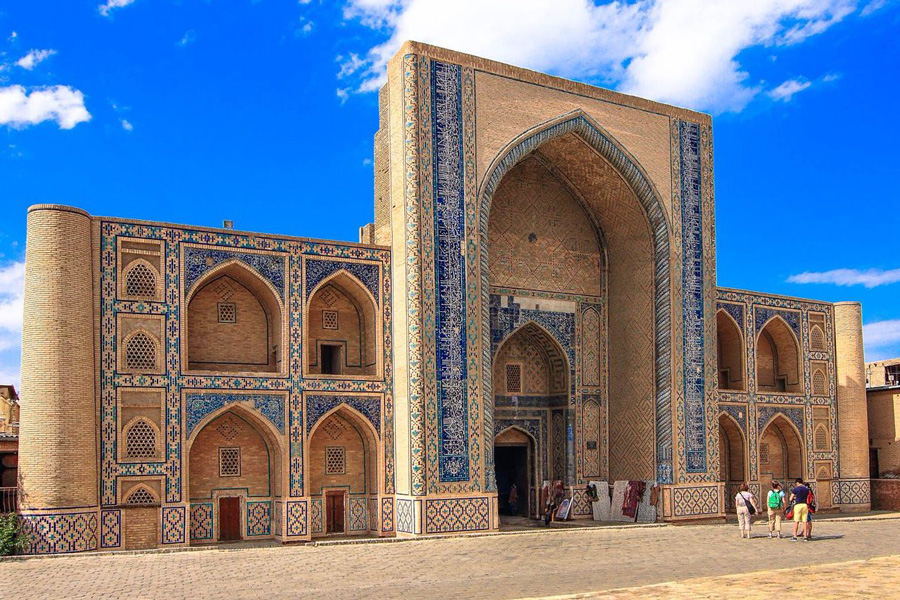 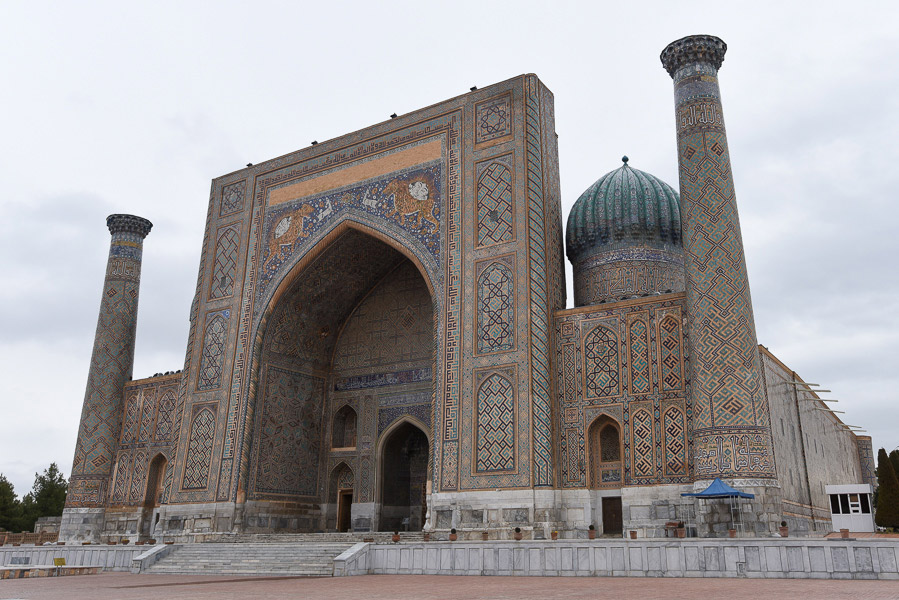 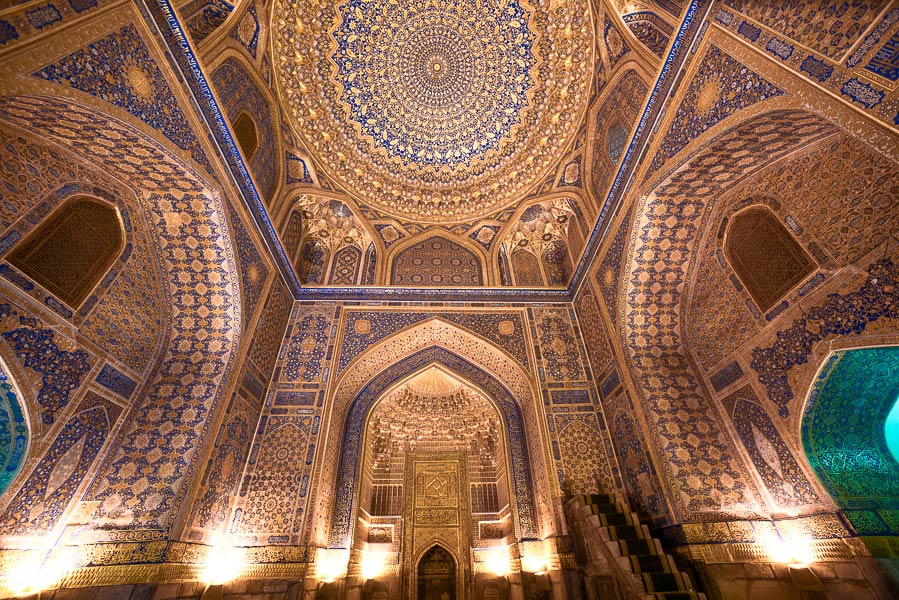 In the good old times, before the XIIth century, Samarkand was much important and bigger than today(400 000 inhabitants in 2005).

The city lies in the neighborhood of Silky Road, which had a major contribution to the city importance and prosperity. It was first an oase on this road, where camels and people stopped to refresh.

In the XVIIIth century, the city was destroyed by the Mongols lead by Genghis Han and needed a few decades to recover. In the XVth century, Tamerlan declared Samarkand the capital of his huge empire, and the city flourished again. Tamerlan also protected arts and culture, and during his rule were build most of the old buildings I mentioned above.

Samarkand is hot, interesting, deep, and special. The people are good hosts, and very normal, have no afraid of fanatic Muslims. My tip: visit Samarkand, but not in summer.