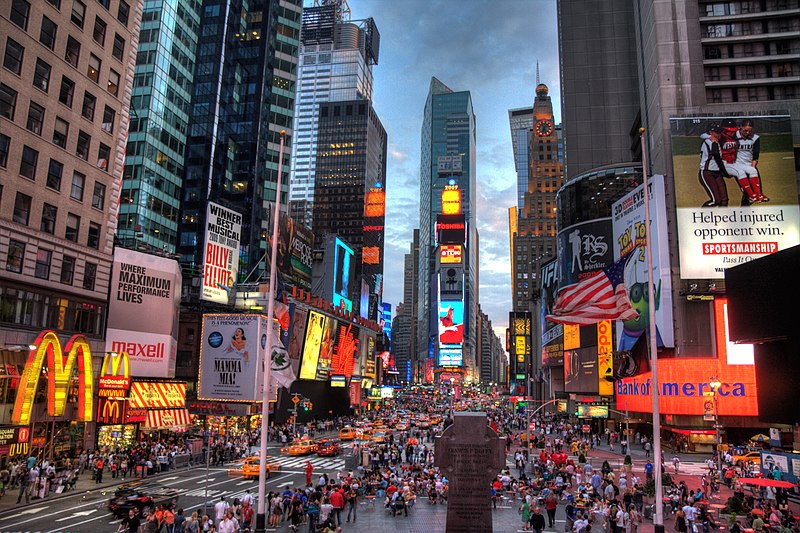 Talia is well known for pizza, Singapore for Asian food, Argentina for huge juicy steaks. This the truth, O.K. And if you want to find and taste them in the same place, go to New York! If you want to know more about the secret corners of New York, be welcome here!

I ate in New York the world’s best pretzels, cooked by Jewish bakers, according to a traditional recipe! The traditional Italian pizza took in N.Y huge proportions; the kebab, falafel, hamburger, and hot dogs taste very different in New York, at least in my opinion. Dream and name a dish impossible to find in New York, or send me 100 $! I am sure to win this bet.

New York means Bronx, Queens, Manhattan, Brooklyn, or Staten Island, and every one of these quarters has something special.

Supposing you come to N.Y. by plane in one of the airports JFK or La Guardia, you will meet first Queens. This is the biggest and most dynamic quarter nowadays.

In the north of the city is the Bronx. Known from violent movies. Many poor blacks and Hispanics live there, but these things are obsolete. The Bronx, the only one continental quarter is safe again… It hosts the City Zoo, with 6000 species of animals, and the team New York Yankees. Here are born the breakdance, rap, and hip hop in the ’80s.

Brooklyn is famous for its bridge. Here are most of the people I reported to you at the start of this post: the cookers from the bigger or smaller restaurants who are able to cook all those fabulous exotic dishes! Here you can get also Coney Island, one of the oldest amusement parks in the city.

Staten Island means, almost incredible, New York to the countryside. Traditional houses with big gardens, even forests are here possible to be seen. Very attractive here is the ferryboat connecting Staten Island with the rest of the city.

The heart of New York, and its most mediatized part, is no doubt Manhattan with its skyscrapers. It is the most expansive part, and you can find here Central Park, Broadway theaters, Metropolitan museum, Greenwich village, etc. Here live most of the American stars, and here is also the world’s political and financial center.

Important to know about New York:

-the running water is drinkable. Only the other 4 cities in America enjoy this privilege!

-the new Yorkers are environmentally aware. Maire Bloomberg wants to ban cars in Manhattan. New York is the greenest U.S. city, due to the many bio buses and hybrid taxis.

1. Empire State Building. It was a long period of time the highest building in the world. The sight revealing from his top is still fantastic.

2. Rockefeller Center. Culture, sport, pubs etc . Something for everyone, guaranteed.

3. The Twins. Or the place where were the Twins(=ground zero). What do you think: should this place remain untouched, as an eternal remember,or should be risen another building?

5. Miss Liberty ( The Liberty Statue) . A symbol of freedom, a symbol of New York and all America. Is this actual in our world? You’d better answer Yes.

One thought on “The Truth About New York”