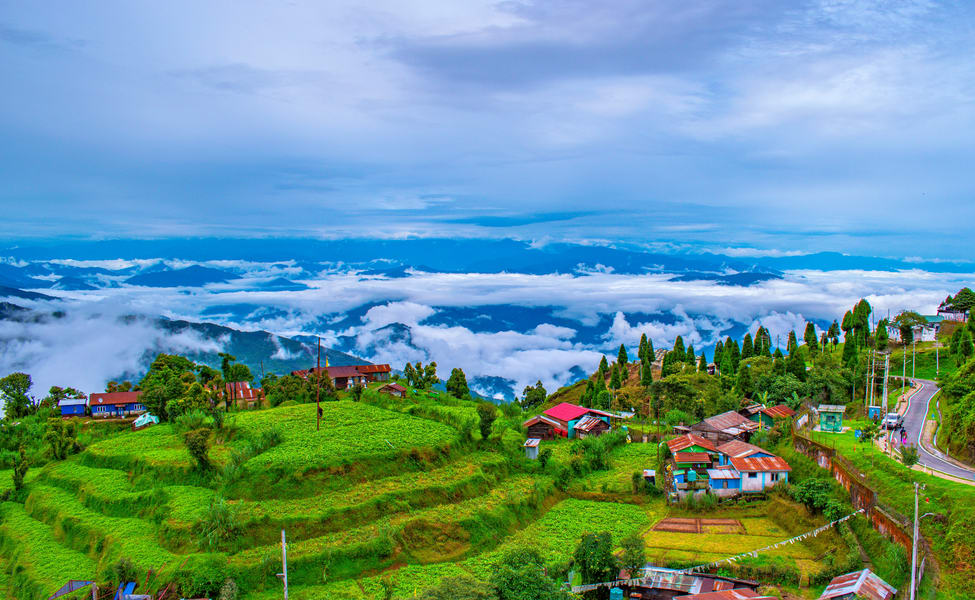 In the Indian state of West Bengal, you can find Darjeeling, a wonderful small town. It has a story, and I would like to unveil this story for you.

Supposing you are a British colonist from the XIXth century living in the dirty dusty hot Calcutta. In order to escape the big city, you need sometimes to go out. Where? You guessed, in Darjeeling!

Darjeeling is a little town surrounded by hills announcing the high Himalayas. On all those hills, simply everywhere, there are tea plantations. The Darjeeling tea is one of the world’s best, and is very much beloved and appreciated in the U.K. and other parts of the former British empire.

Most of the former residences are now hotels. You can enjoy a cheap luxury, pretending again to be the British lord.

In Darjeeling, you won’t feel suffocating hotness, traffic jams, the tumult in the streets, overcrowded markets. Thus is a target for lovers and seniors. They all get an English-packed piece of India.

The English traditions are still very present here. Almost everybody speaks English, which is taught according to colonial methods. There are people coming here from Nepal and Bangladesh in order to learn English at high levels. And in this little town with 15 000 saws appear daily two English language journals! You can also admire the countless English colonial buildings( Tudor or gothic style).

I visited last month Darjeeling and it was fantastic. Hurry up to catch the best period(April-June). After that will begin the monsoon season, but you have another opportunity in October-November!

You can get to Darjeeling by the Himalayas train, which is still steam propulsion(UNESCO monument).

In Darjeeling, you will surely drink tea! You can afford to have your 5 o’clock tea at any hour, with sandwiches! The prices are a little bit higher than in the rest of the subcontinent: 40 $/person /day for hotel, and 15 $ daily for the food(ask momo, a local specialty). For an English lord is not very much!

So, why not drink a cup of tea in its homeland, Sir?