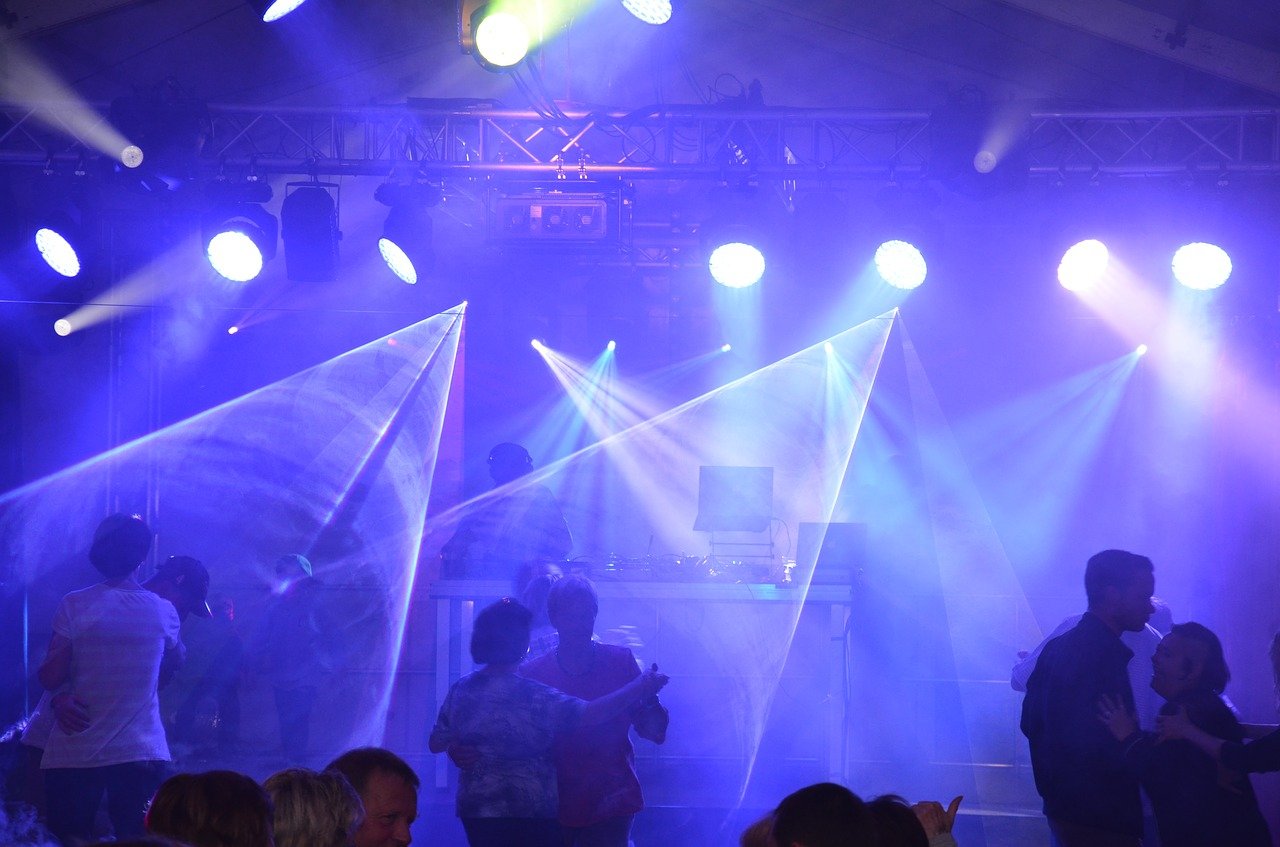 If you are into Dance music then you will have heard of Space, not only the best nightclub in Ibiza but also currently the best nightclub in the whole world. Basically it’s all down to the atmosphere, and although the days are gone when the DJ’s used to drag the decks out onto the terrace for an all day outdoor party, the atmosphere is still electric, and its worth arriving early so you can watch the sun go down right from the dance floor as you party, which is a unique and very memorable experience. The top of the range Funktion One soundsystem produces one of the best clubs sounds you can get and all the top DJ’s play the famous Space decks, including Carl Cox who is currently hosting a special Tuesday night techno music marathon. Sunday is generally the biggest night of the week and the opening and closing parties of the season almost have the scale of a mini dance festivals, with as many as 20,000 people passing through the doors during the 22 hour events.

Fabric has been the best nightclub in the UK for a couple of years now, which is a huge achievement when you look at the quality of its competitors. It’s the amazing party atmosphere and attention to detail that keeps it on the top spot, and also makes is number 2 in the ‘Top 10 Nightclubs In The World’ listings. All the little things are taken care of, from the cleaning staff that keep the club tidy during the night (it looks just as new at closing time as when it opens), to the excellent toilet facilities that mean you do not have to queue for ages just to have a quick make up check. The staff are known for being pleasant and helpful (unlike the majority of nightclubs worldwide), and the ‘body-sonic’ sound system is the business, making you feel the music vividly even when you are not dancing. The resident DJ’s are first class including ace spinners such as Craig Richards and Terry Francis.

Pacha is undoubtedly Ibiza’s most famous club and as it’s the only one that stays open all year round it really is a nightclub that caters to the whole of Ibiza, not just the spend happy summer crowds. Although it is not as edgy as Space, there are some excellent DJ’s playing during the summer that really attract the crowds such as Roger Sanchez, Erick Morillo, Def Mix and one of the most iconic dance music DJs ever, Pete Tong.

Despite the dodgy title this is an excellent dance club, and attracts many top DJ’s, and has recently earned the accolade of being the new ‘Space’. This club has some bizarre decorative features that will certainly impress such as the VIP Room, (called the Mile High Club), made out of an old reused 727 fuselage, and the DJ booth, which is housed inside an HGV truck cabin. Clubbers will love the chill out rooms made out of old school buses, and there is a real feeling of serious dance music appreciation here, unlike some of the more commercial clubs in the Miami area.

This club is housed in a converted power station, and is the sister of another great dance spot situated right next door, the Berghain club. Both Panorama and Berghain are known for one the edgiest, hedonistic clubbing experiences in the world, and host some of the most cutting edge music sessions in the club world. The power station is huge, and there are plenty of nooks and crannies to chill out and relaxed for a few moments in.

Tokyo has some fantastic, weird and wonderful nightclubs, and Womb is the best of them all, with a strange, dark interior that pulses with eerie lights, creating an intense and embracing atmosphere. Techo music is the clubs main output, with world renowned DJs such as Sven Vath playing regular slots.

The Ministry lost its reputation a few years ago as a serious clubbers paradise, when its iconic image tempted owners down the path of commercialism, causing prices to get steep and the music quality to deteriorate. Thankfully the Ministry has come around again, and with its amazing new soundsystem and DJ program the club is firmly back up to speed and back in the top nightclub list.

one of Ibiza great clubs, and famous for its excellent chill out morning sessions, so you can wind down from a wild night out before going back to your hotel to sleep it off. There are plenty of top resident DJs including Tania Vulcano, Fabrizio, and Dan Ghenacia, and there is always a really diverse crowd from billionaires yacht owners to shop assistants from Leicester.

This is a fantastic club, and the signature wall shows just how many top DJ’s have played here since it opened. The soundsystem is perfect, the decor stylish and the prices reasonable and best of all is the friendly crowd and welcoming atmosphere.

Stereo squeezes into this list on the virtue of its spectacular sound system, which produces a unique and atmospheric sound that will blow clubbers away. Although Montreal is not exactly the clubbing capital of the world, DJ’s flock to Stereo to experience its special vibe, and most nights there are queues going all round the block.