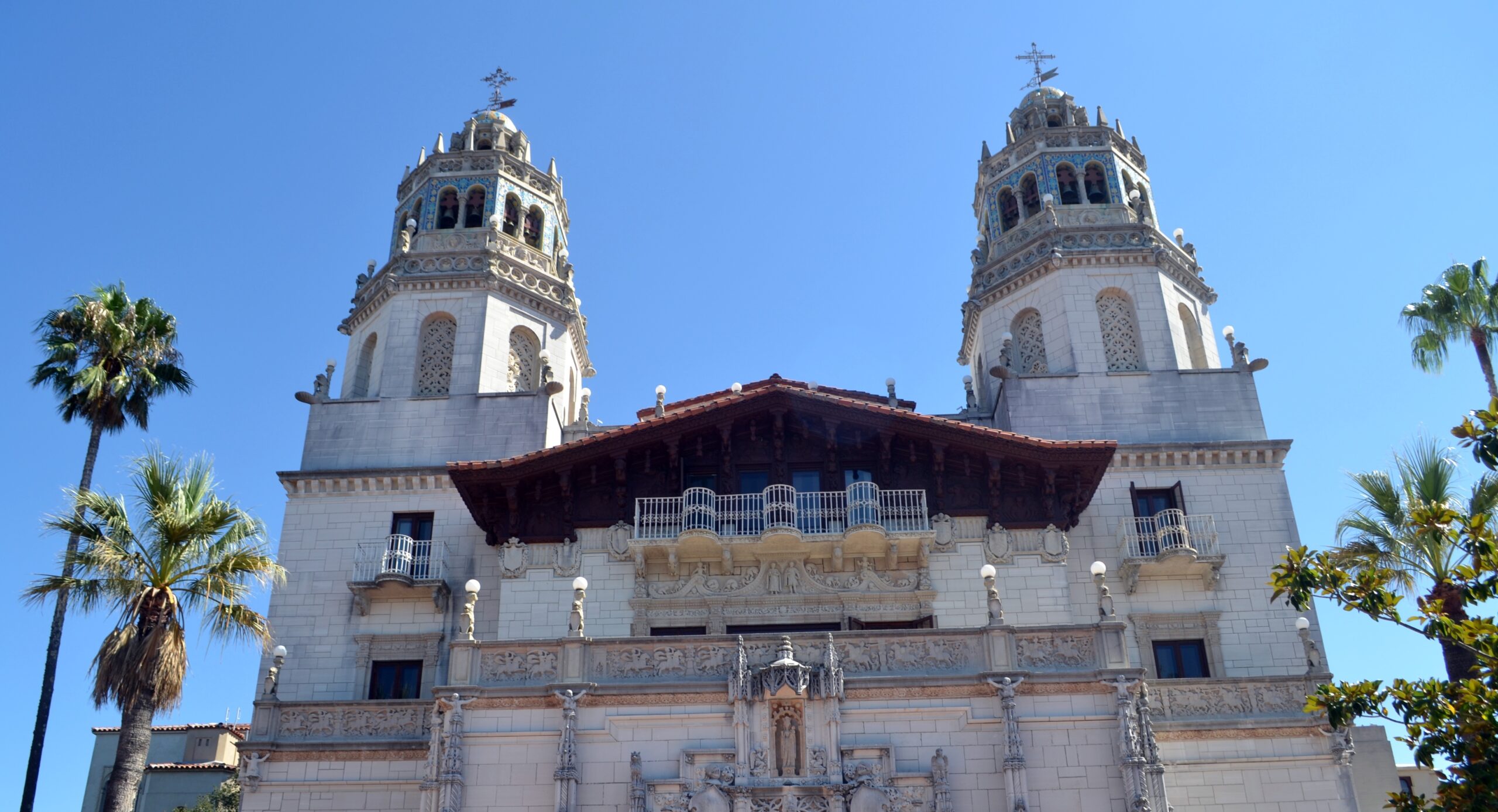 It takes a special kind of person to command an industry – William Randolph Hearst was that kind of man. Credited with transforming the publishing world, William Hearst not only owned a newspaper publishing empire, he owned one of the most ridiculous homes known to man. Today, his home is a historic house museum and attracts over a million visitors every year.

Located about 250 miles between San Francisco and Los Angeles, Hearst Castle lies in beautiful San Simeon, California. Perched on a cliff overlooking the Pacific Ocean, Hearst Castle is truly fit for a king. The property encompasses some 127 acres (500m, squared), and has 56 bedrooms, 41 fireplaces, 61 bathrooms, and 19 sitting rooms. If you feel like swimming, there’s a giant 104ft x 58 foot pool, and a huge 1,665 sq foot indoors pool. If that’s not enough to convince you of his massive wealth and clout, how about the movie theater, airfield, and the world’s largest private zoo? Hearst was a man of excess, and nowhere is this more evident than his castle.

Hearst loved to buy EVERYTHING. It can be said that Hearst did not buy things to fill up his house, but rather built his house so he could fill it up with things. The beautiful Neptune pool, which has an incredible view of the main house, mountains, and oceans, has a genuine Roman temple inside. Hearst purchased the Roman temple wholesale in Europe, and then had it transported to the states where it was then reassembled. As a testament to Hearst’s personality, the Neptune pool was actually rebuilt three times before Hearst was satisfied.

After William Randolph Hearst died, the Hearst estate donated the castle to the state. The state transformed the castle into a state historic monument, and offers five 6 different tours for guests. Tour one is the most popular tour for visitors, and is recommended for first-timers. Tour One, as it’s affectionally called, provides a brief overview of the castle as a whole. It’s also the least demanding tour, and clocks in just under two hours. All tours require a 150-400 stair climb and a half mile walk. Visitors are encouraged to reserve early, since tickets are commonly sold out during the busiest summer months.

New is the introduction of the self-guided tour. Unlike other tours that feature a tour guide, visitors will be able to tour the beautiful gardens, pools, as well as the castle grounds at their own pace. The tour is available for reservation from March to September. Spots are expected to fill quickly, so book now!