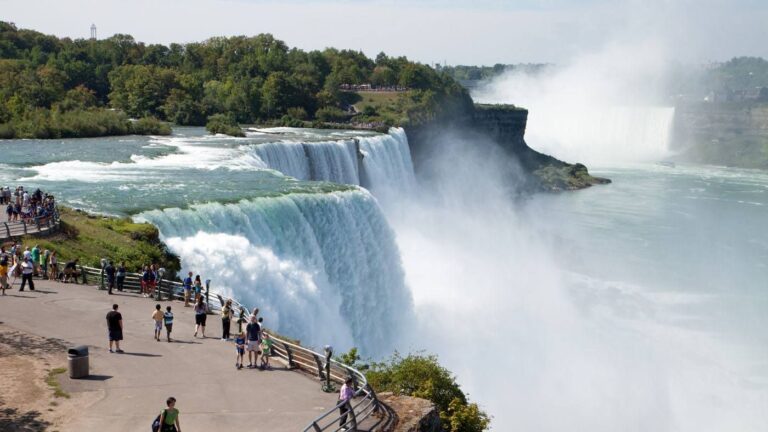 Niagara Falls is maybe not the world’s biggest, but is no doubt the most visited. I saw it again, and was even more impressive than the first time. If you want to know more about Niagara Falls, than you should read this.

First of all, let the numbers speaking: 110 000 cubic metres fall in every minutes, and

20 000 000 tourists are mesmerized every year by these water falls(they are in fact two falls: one of them measures 53 m in height, and the other 21 m). The total width is almost 1 kilometre, and there are a dozen of skyscrapers build on the shores.

It lies on the border between Canada and U.S., between the lakes originated by the last ice period. The bigger falls is in Canada, not far from Toronto(avoid driving on highway during hot sommer week ends, you might need four hours). If you come from New York City, you need 10 hours bus travel. 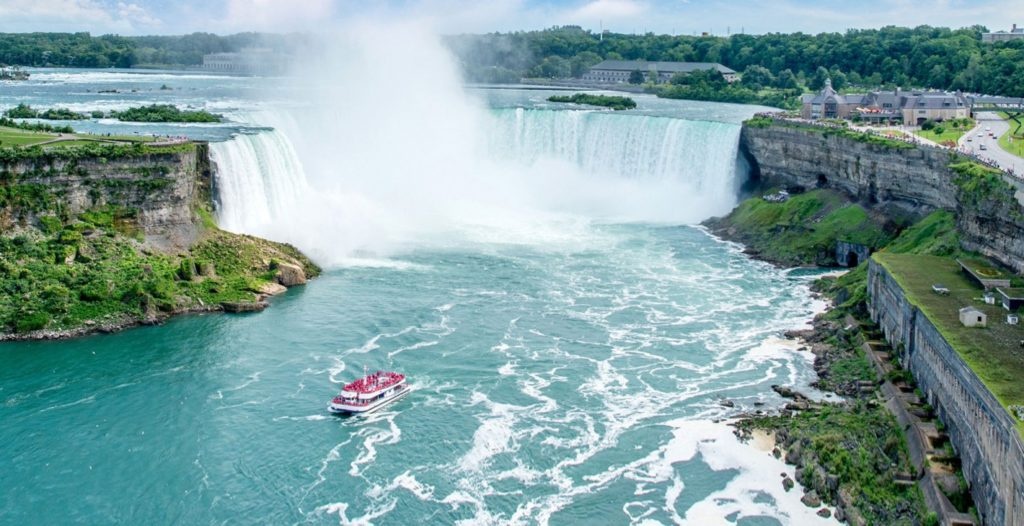 Be very carefull when approaching the town: already when you are 10 km away you can hear Niagara Falls! It is an amazing, scaring, strong noise. If you look better, you can see also some very fine water drops.

The name Niagara comes from an Indian language. The Iroquaise Indians called the Falls “Niheeka”.

Since 1800 this area is opened for tourism and travels. In 1885 the State of New York declares Niagara as national Park, followed one year later by Canada. Today is one of the most important traveling targets in North America. The last fashion: fancy wedding parties organized near the falls! Yearly, 50000 couples marry here.

The Canada side is much more better developed. You can admire Niagara from the ship “Maid of the Mist”; from helicopter or balloon, or even from a tower. At night, the Falls are red, green, blue or orange, due to the artificial light.