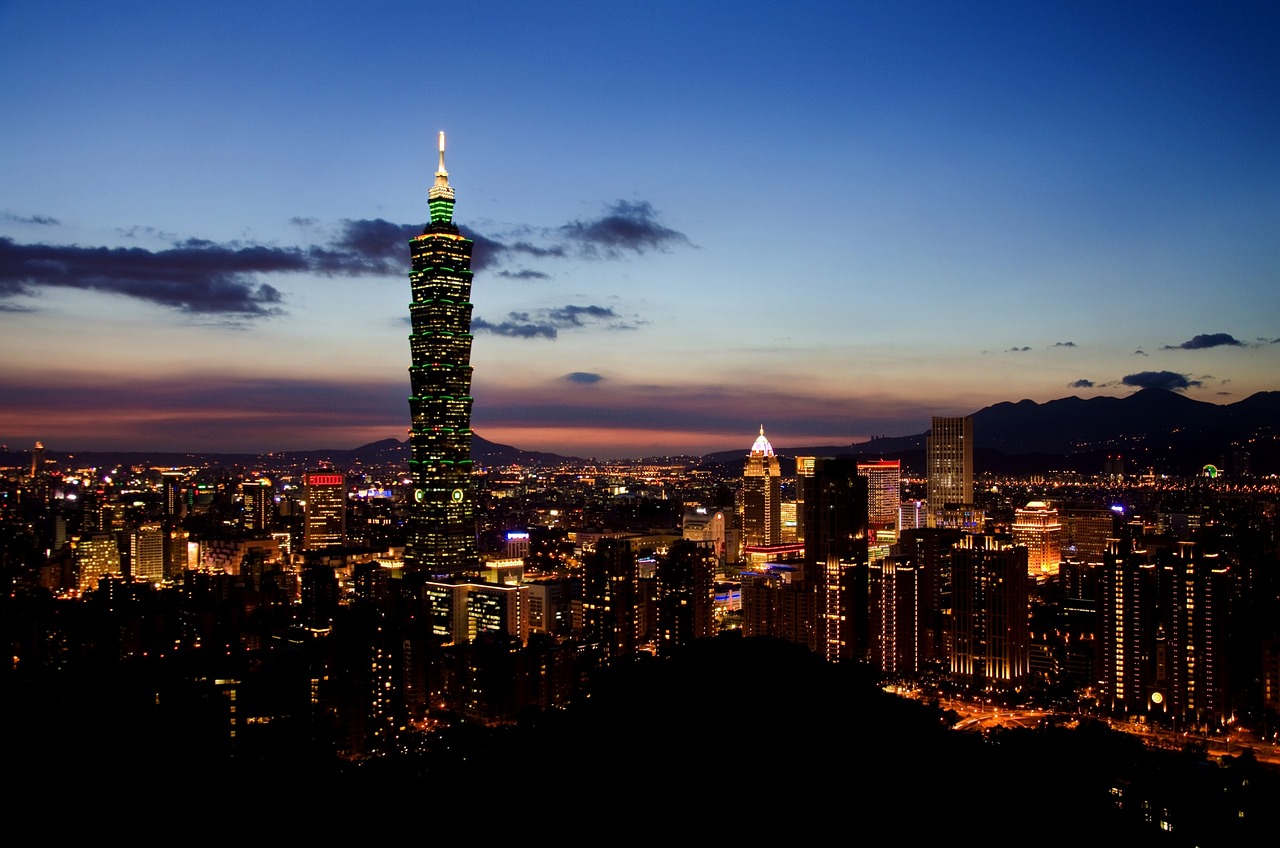 In the earlier days of this city, the traffic was so bad and the quality of life was very poor for its citizens. The people demanded for change and in the 1980s, the city planners did an amazing job of rebuilding their city. During the next decade, Taipei had a major transformation with a rail system installed, parks built so kids can play, the river banks were rehabilitated, and buildings were re-structured. These things we mentioned is just the tip of the iceberg and from being an ugly duckling of the region it has become one of the best destinations in Asia.

Here are some of the best things to do in Taipei:

If you are a history buff, you will appreciate the collection of the National Palace Museum. It is the depository of treasures spanning the several dynasties such as the Ching, Ming, Yuan, and Sung. Most of the items were masterpieces and important relics from mainland China. They were first smuggled from the mainland and hidden in secret bunkers before being displayed in the museum.

You can get access to the museum pretty much during office hours, 9 am to 5 pm. You can take a bus and you will be dropped in front of the National Palace Museum. A grand staircase leads to the main exhibition hall. Around the museum, there is well maintained garden, a post office, and the driveway leading to the parking area.

This place is the best museum of Taiwan and expect to be among tour groups trying to learn a bit about the history of the country. If you want to make most of the tour, you can get a guide either in English or Chinese . You cannot take pictures and you will need a few hours to see and examine all of the artifacts in the National Palace Museum.

The Taipei 101 was once considered as among the tallest building in the world. The spire of the building is at 1,671 feet. The roof at 1,474 feet. And the last floor occupied by tenants is at 1,441 feet from which you can literally see almost everything of Taipei.

Taipei 101 is not just a structure but it also has a mall. From the City Hall station, Taipei 101 is six blocks away. It is a considerable walk but from the station you will be able to see Taipei 101 and its majestic stature. You will see this marvel from different spots of the city but nothing beats the view while you approach the building.

The structure of Taipei 101 depicts how a bamboo is like as a symbol of resiliency. The structure itself is designed to withstand the strong forces of nature. You can take the lift going to the top of the building but it is a bit pricey for an elevator ride but it is well worth it. While waiting for your turn, you can watch a video presentation near the ticketing booth. The place is not so busy late at night and the queue for the elevator ride is not that long.

If you love retail therapy during your travels, the mail at Taipei 101 has all the designer brands and top class jewelry that you can imagine.

Chiang Kai Shek is consideed as the first president of the Taiwan we know off today. He was the general that lead their forces to fight off communists instead of focusing on conquering the Japanese. He was unfortunately beaten by the communists in battle and was forced to escape to Taiwan where he established the KMT party. He was married to Song Mei Ling, one of the popular Soong sisters.

Chiang Kai Shek died in 1975 and the Memorial Hall was built in his honor. It was funded thru donations from the local community and the Chinese communities all over the world.

The memorial has its own park, a concert hall, the national theater, and a memorial hall that features the ideology and life of the great general. The Chiang Kai-shek Memorial Hall spans 250,000 square feet with structures built following the lines of the classical architecture of the Chinese with focus on feng shui and symbolisms of their culture.

If you love the colors of nature, you will love walking in the Yangmingshan Park which is among the most beautiful places you can see within Taipei. During spring, the place is picturesque with the cherry trees in full blossom. The park is on the slope of the mountain and also near a community of well to do Chinese and foreigners.

The Yangmingshan Park is a great escape within the city limits of Taipei. It is an oasis for those who want to escape from all the chaos of the urban-scape. The place though gets pretty crowded on Sundays where you can get a peek of how the Taiwanese people live and value family time.

The park is a great retreat if you are tired of the city but there are also a lot of things you can do in Yangmingshan Park. They have hot springs where you can relax after the day’s hike. Try climbing the Seven Star Mountain from the top of which you can see Taipei on one side and the ocean on the other. If you enjoy camping, you can join the organized camps but there are also classy hotels in the area.

This is one of the biggest night markets you can find in Taipei. This place has two sections: the Shilin Night Market and the Yang-Ming theater. The Shilin Night Market houses endless rows of kiosks selling local delights. Yang-Ming on the other hand is a long lane of shops and vendors covering Danan, Wenlin, and Dadong, where you can by apparel, accessories, and snacks at very low prices. The strategy is up to you. You can shop first and enjoy good food later or you can eat first and burn all the calories while indulging in some shopping.

How do you know what good food to get along Yang-Ming? Just follow the flow of foot traffic. There is a good range of local delicacies that can please your palate. You will definitely enjoy the oyster meesua or rice noodles in a thick broth with oysters on top. Follow the smell of the bun with spicy pork filling cause they are a must try and they sell out really fast. The crowd will also lead to you to nice shops where you can buy little gems to remember your trip.

The night market will make you dizzy with all the choices it will present you. It will be alright to go around. You will find kiosks selling similar if not the same items. Again, follow the foot traffic and you will never go wrong with the food choices. One of the best is a bowl of porridge with tons of filings from a popular stall. You can get some ice shavings with beans, cor, peanuts and other toppings.

There is also a nearby gallery where you can find traditional games for the oldies and video games for the youngsters to help you burn off some of the calories you consumed.