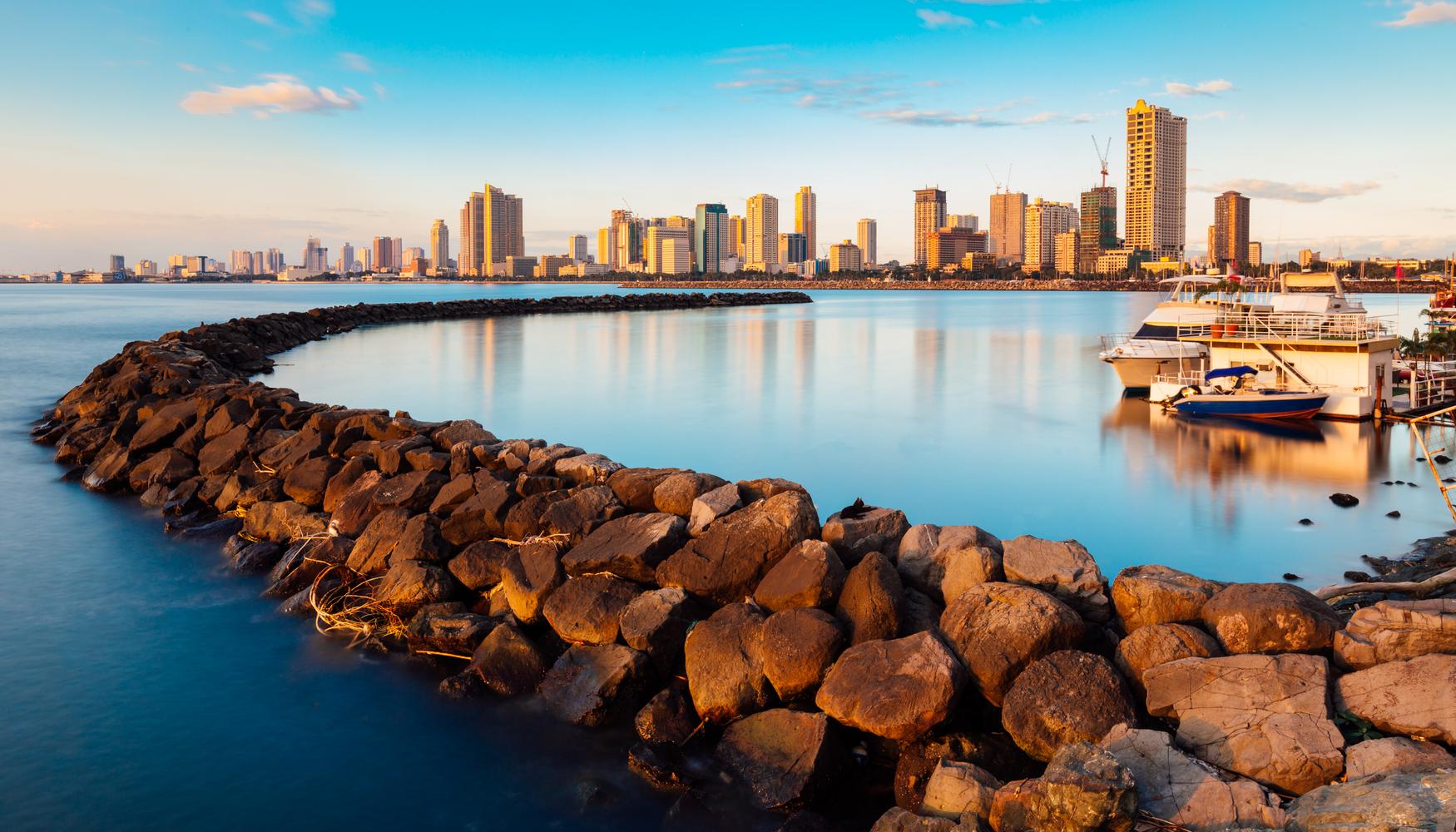 This is an Asian megacity, and is the capital of Philippines. 15 millions people call the metropolitan region Manila home,  nevertheless it is actually a mix of 15 more little cities, which are not distinct anymore.

In such a megacity you can find big contrasts, making it more attractive to the tourist.

Manila lies on the Island of Luzon. Lying on the tropics, it is periodically hit by the monsoon. The temperature is constantly all over year, with the average at 27 degrees Celsius. The Pasig River goes through the city.

Manila was founded as a Muslim sultan court in the 9th century. In the 15th century the Spaniards conquered the Philippines and the spanish occupation gone up to the 20th century. As a result, the most of the inhabitants are catholic and there are so many wonderful designed churches, most of them staying in the mankind heritage under UNESCO survey. Ask for example about Intramuros.

During the WWII Manila stayed a few years under Japanese occupation. Until the liberation through the Americans Manila suffered many fights and destroys, being after Warszawa the most destroyed city by this war.

If you live in Manila you are a manileno. Most of manilenos are Philippines, speaking Tagalog. But the official language is English! You also can hear tallish, a mix of these languages. You also can find here Chinese(leaving here from centuries) and Chinatown, Arabs, Europeans and Americans. Do not think all these communities developing isolated or marrying only conational! It is obsolete, Sir, Manila is not a village anymore. Even this mix makes Manila so attractive and cosmopolite.

Manila by day is wonderful, but by night is an event you may not miss! There are many bars, restaurants, sea promenades, red light districts etc. Many lights, sounds and smells(Manila is also a sea fishermen city) will overwhelm you!

The biggest problem of this wonderful megacity is the transportation. The public transportation consists of trycicle(for no more than 4 persons), rickshaw(not very many), jeepneys( Willis jeeps left by the Americans which are painted, and modified to cary 15 people!), buses and taxis( not affordable for everyone).

There are trafic jams very often, as the trams and troleybus lack. The maire has some plans, but has no money!

Manila is attractive inclusively due to its many fine hotels. Most of them lie in Makati and cost more than 100 $ per night.

You can find Intercontinental, Hyat Regency(not recommended ), Manila, Forbes Towers,Renaissance, Shangri-La etc. for the connoisseurs. And you also have the choice of hostels and cheaper hotels, ask me about it and check!