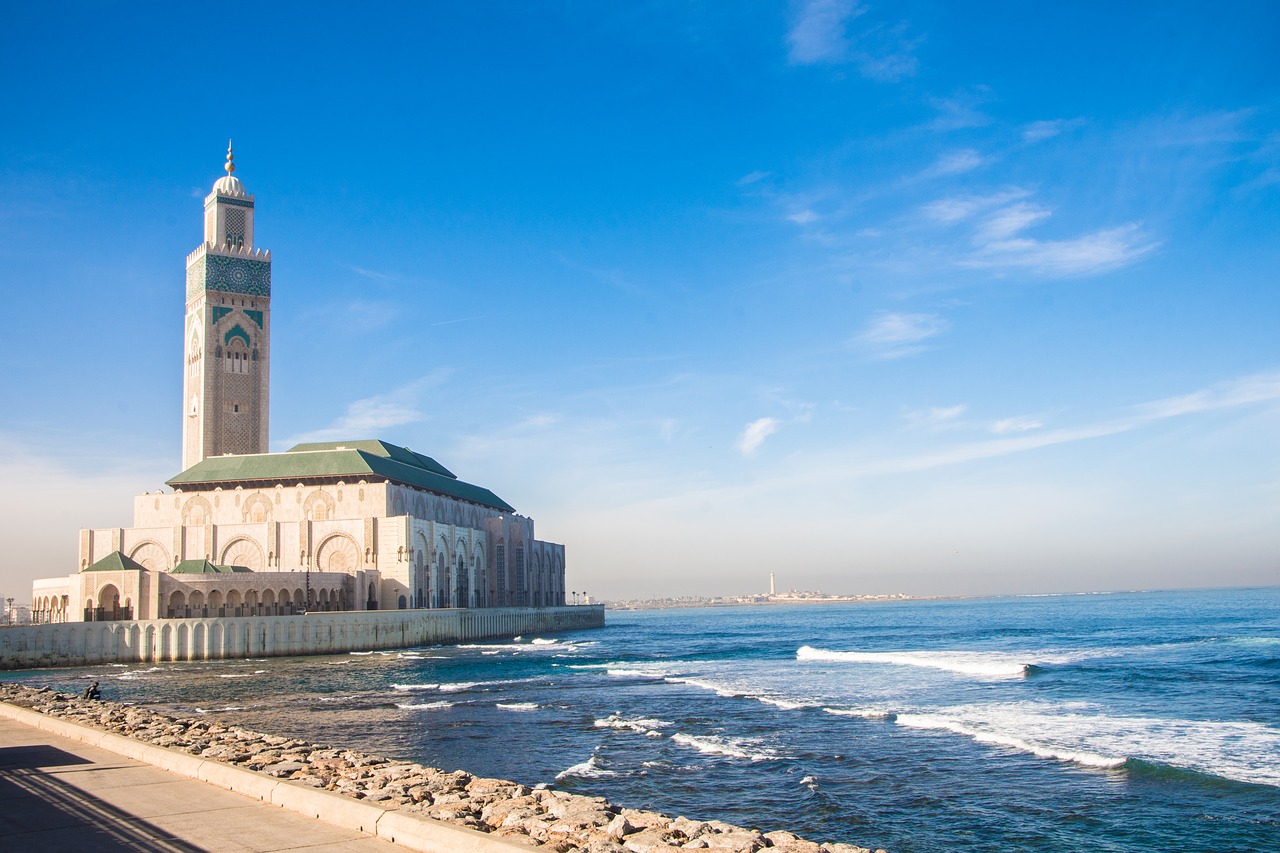 Casablanca is a legend, and even more than a legend. The Hollywood movie with the title Casablanca made it already famous in 1942. Rick’s  Cafe, Humphrey Bogart, Ingrid Bergman are very familiar to any human being living on Earth.

And the legend goes further. Casablanca spells its magic to any visitor, which becomes faithful to this magnificent city. I would try to analyse the charm of this city further.  Antoine de Saint Exupery was a famous french writer and pilot which made Casablanca well known to the public during his trip to Dakar. Josephine Baker was also charmed and seduced by the city of Casablanca; Casablanca hosted a summit between Roosevelt and Churchill during the WWII.

One of the major causes for the fame of Casablanca is its colonial past and the many buildings reminding that period. Art Nouveau,Art deco, colonial style, baroc, all are very well represented in Casablanca. In many places the city is very similar to Paris.

The rich history of Casablanca is another thing of major interest. In the XIIth century Casablanca was the center of a Berberian empire ( and was named Anfa). After that came a Portuguese, Spanish and French colonial occupation, which made the city so enticing and cosmopolite. The magic of Casablanca resides even in the rich taste mix which you can smell on the streets.

The picturesque position as an Atlantic port is another major atout for Casablanca, which is the biggest port of Morocco, and one of the Africa biggest. It counts now more than 5 000 000 people, which are mostly muslims. The city hosts one of the world’s biggest mosques, build by the king Hassan II. This mosque is the second biggest mosque worldwide, after the Mecca mosque, and has the tallest minaret worldwide.

There are many possibilities for entertainment in Casablanca, starting with the famous Rick’s cafe. You have many exquisite hotels and restaurants, where you can taste and smell the magic mix of  Casablanca’s exotic dishes. You can swimm and walk on the Atlantic shore, or visit an interesting museum. At night, enjoy the vibrant nightlife and the arabian dances.