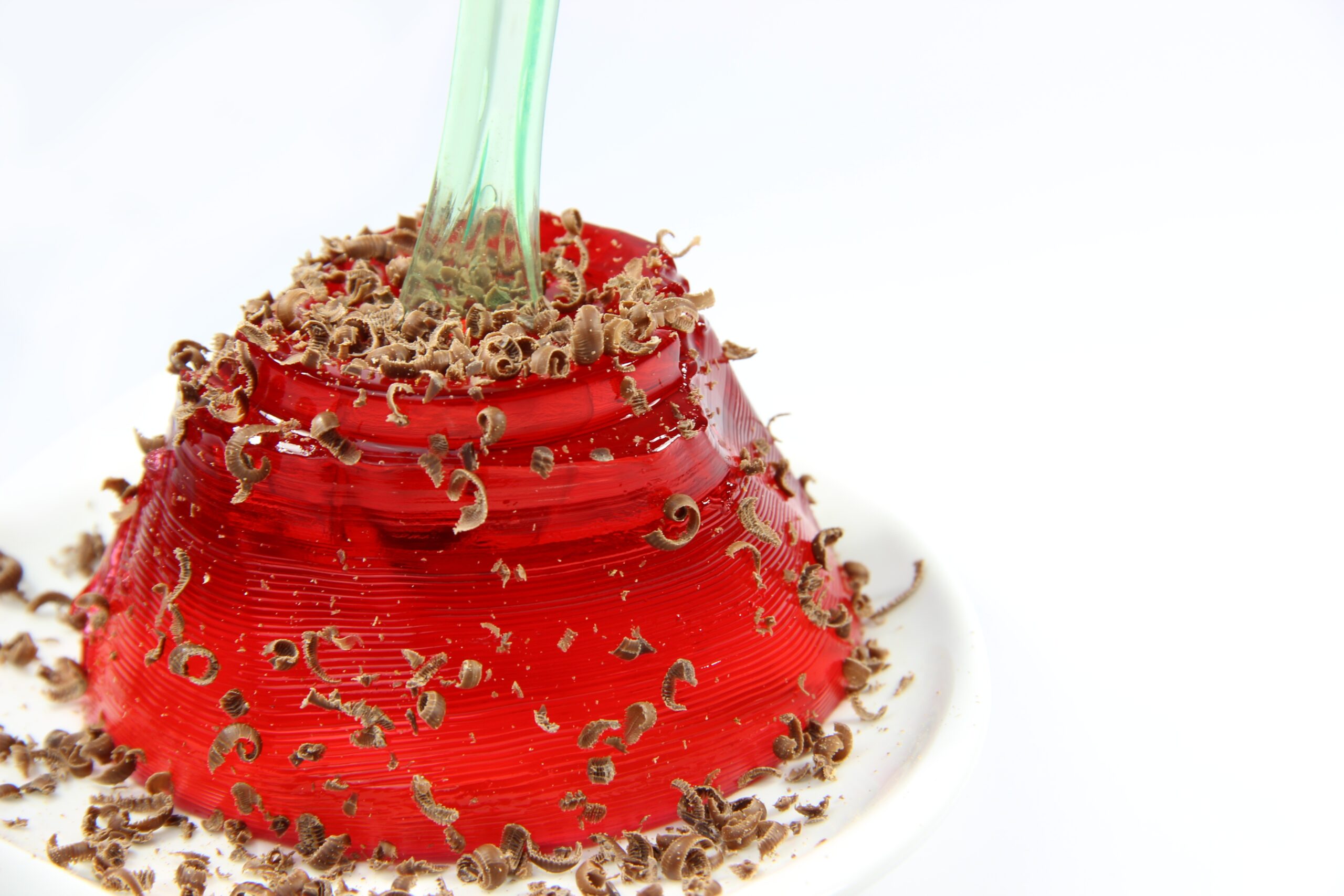 The world is the most amazing museum one could ever explore. Food, being a large part of one’s own unique culture, is diverse around the world; an excerpt from Lonely Planet’s Best in Travel 2013, this article features temples of modest yet bizarre dishes that will tickle even your most hidden tastebuds.

Pearle Wait, a carpenter from LeRoy, New York, never thought that the plain gelatine-based dessert he invented in his home would make it big in the food industry. Selling his recipe to brainy marketers, Jell-O became blockbuster in the dawn of the 20th century. As the recipe books for this invention were distributed, the world eventually became inspired of the very easy and convenient just-add-water pleasures of preparing the dish. Located between Rochester and Buffalo, its gallery showcases its history with the emphasis on the celebrities of different media who have endorsed it throughout its existence. Another attraction is a gift shop filled with jelly-related souvenirs.

Most children might despise veggies but the Germans do go insane for asparagus! If you visit Germany in spring, restaurants eagerly upholding the dishes of their chiefs with asparagus as its main ingredient will take you breathless. Germans even go crazier about the thicker, white asparagus. Germany’s asparagus season, know as the Spargelzeit, arouses much festive merriment even holding events for the public. Located at Am Hofgraben 3, Schrobenhausen, within the medieval tower of Bavaria, this museum showcases exhibits on their most-prized vegetable, its history, farming, cultural significance, and health benefits. It also features a painting of asparagus by Andy Whorl. The price of visit is inclusive of the admission to other city-governed museums, as well.

Vinegar is not only prominent in Britain in their fish and chips dishes; it has also been trendy seasoning in Japan way back in 5th century. Vinegar as produced as by-products in the brewing industry in the small  town south of Nagoya, Handa. They became wealthy because they export they were able to make use of the “unwanted products” to Tokyo! At the moment, Handa upholds Su No Sato Vinegar Museum, which is located at 2-6 Nakamura-cho beside the Mizkan vinegar factory. The museum tells stories about the history of making vinegar and the healthy benefits it holds. In addition are the traditional tools used to manufacture it. Also, the fermentation room holds exhibitions of synthesizing the best vinegar.

Starting from Nagoya, you can ride a train to Obu and then transter to Handa. From 9 am to 4 pm, it is open everyday for enthusiasts.

Would you even stop for a second and wonder how sausage and salami are made instead of just eating it? But if you were in the country known for this delicious food, could you defy the temptation of getting your tickets to a wonderhouse exhibiting their specialty, salami? Getting ‘Hungary’ for salami is no problem in Szeged, Hungary; In Pick Salami & Paprika Museum, you will not only satisfy your craving for salami because of the samples of home-made salami (inclusive of entrance) but also gratify your hunger for knowledge.Along with explanations of how salami is made are display of their machines and equipment maneuvered by mannequins, with their cloth caps and large mustache, in overalls. Upstairs is another exhibit dedicated to the omnipresent spice in Hungarian delicacies, paprika!

Plan your trip ahead of time. The museum is only open to the public between 3 pm and 6 pm.

“How about fries to go with your meal, Ma’am?” is definitely one of world’s most common questions but visiting Frietmuseum, you would find yourself saying “Yes” without any dissonance. These strips of potato may have been known in the USA and most parts of the world as “French fries” but the museum argues that it originated in Belgium. Three-hundred meters away from the Central Market Place, it exhibits the history of the dynamic duo of fries and sauce. Its location, the building built in the 14th-century, is an attraction itself, showing the classic model of Bruges’ momentous appeal. You can taste samples of fries and other Belgian dishes in the museum.

A dish of spicy fermented cabbage, you will always find Kimchi in any part of South Korea. The hot red chillies and crunchy cabbage is one amazing combo that this dish sides almost with all Korean cuisine. Located underneath the COEX Mall, in 159 Samseong-dong, Gangnam-gu, the Pulmuone Kimchi Museum venerates this staple dish and its cultural significance through exhibiting its regional variations, the jars where it has been laid up for centuries, and its history. Fanatically, you can view a film that shows how-to procedures to cook more than 80 varieties of kimchi.

Curry? How can it be connected with Germany’s famous sausages? In some point of their country’s history, during the World War II, the innovative woman from Berlin, Herta Heuwer, acquired curry powder from British soldiers and combined it with ketchup, and voila, a winning sauce over wurst. Like salami, this symbolic snack has been graced with its own museum! Inside, you can experience managing a currywurst stall while learning about the story of Heuwer’s original masterpiece and view snipes of German films and TV shows with their characters jeering currywurst. And if you have the guts and nerves to do so, you can go into the Spice Chamber.

To maximize your budget, go for a Snack Ticket which includes the entrance and a serving of currywurst.

As they say in the science of Evolution, an organism adapts to its surroundings that is why travelling all-over Japan, you will experience an abyss of local variations of their iconic dish of noodle, ramen. Among such variation, however, is a similarity –  fish, pork, green onions, or dried seaweeds top it. Of course, such iconic dish is honoured with a “food amusement park” museum that features a diorama of a Tokyo street way back in 1958, the year instant noodles were discovered. As usual, learning is best achieved with experience; this is definitely the best style of a food museum since you can actually eat the food. Within the museum, ramen restaurant branches from all over Japan cook their own style of the dish and serve them with the unified greeting of “Itadakimasu!”

An adult ticket is sold for 300 but if you have intense enthusiasm and passion for ramen, a three-month pass is sold for only 500.

Before the beginning of spontaneous culture of email or “spams”, the comedy group of Monty Python enjoyed crafting a song dedicated to the dull and plain processed pork product, Spam. Slang for “spiced ham”, Spam contained in tin cans was first produced in 1937. This wonder pork is rejoiced in a museum in Austin, Minnesota, its hometown. Inside are exhibits showing the valiant function of Spam in World War II, movies about this processed meat, and its traditional and outdated advertising, and experience of canning.

You can go to the museum from 10 AM to 5 PM from Monday to Saturday, from noon to 5 PM on Sundays.

In spite of the fact that it is composed of brick-shaped fragments of sweets, Pez has not stood out in the market because of its sweet taste. Invented by Eduard Haas, an Austrian businessman, in 1927, it is famous for its innovative containers often in the shape of fictional characters and even famous celebrities. Its extraordinary products took attention from collectors, reaching the price of thousands of dollars a piece. Located between San Mateo Bridge, beside Burlingame Ave. train station, and San Francisco Internal Airport, the museum showcases the wide array of collector’s items. Marvel on different designs from Miss Piggy to Wonder Woman and on the 2.4 meter-high dispenser.