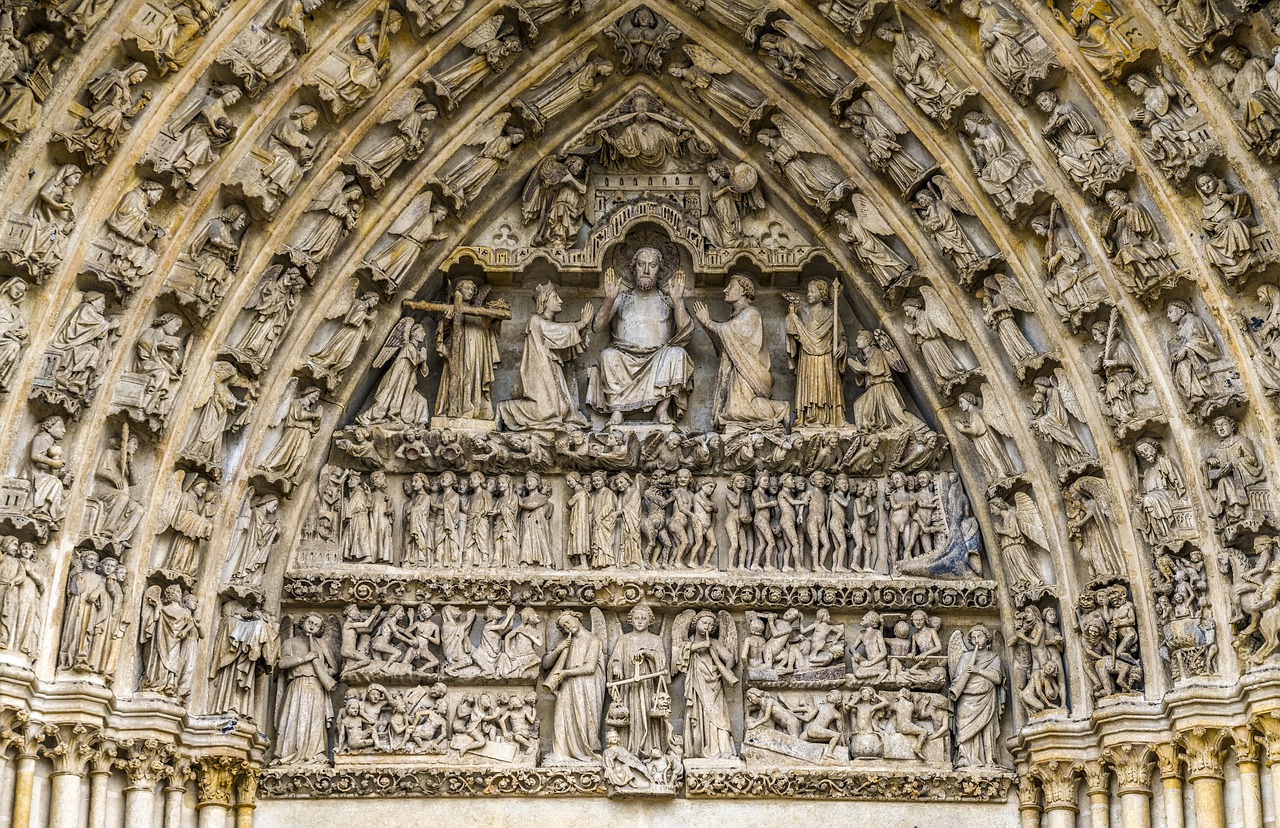 France is one of the most popular tourist destinations in the world.  Here you will find the Eiffel Tower, The Louvre Museum, and the Notre Dame de Paris cathedral.  But if you travel just 2 hours to the north of Paris, you can leave the long lines and the crowds behind and visit Amien’s Cathedral.  The Cathedral of Our Lady of Amiens is the tallest cathedral in all of France, and boasts the largest interior volume of any cathedral in Western Europe.

Amiens Cathedral is a classical French Gothic Cathedral.  Construction was started in 1220 and finished around 1288.  In 1981 the cathedral was designated a UNESCO World Heritage Site.

In the 13th century, what brought the pilgrims to Amiens Cathedral was the alleged head of John the Baptist.  The relic was brought to Aimes from Constantinople by the Crusaders.  It was a popular attraction and was a large source of revenue for the cathedral.  It still is a poplular attraction.

Amiens cathedral has an impressive display of sculptures.  This was one of the reasons that it was declared a World Heritage Site.   Here is where you will find the statue of the weeping angel, which was made popular during World War I.  Other must see sculptures are the “Handsome God, the “Sinners Enter the Jaws of Hell on the Last Judgement” and the “Sculpture of St. James the Greater”.

There are many opportunities to get a glimpse of how Amiens Cathedrals was during midieval times.   Restoration efforts in 2000 found traces of the original paint.  Every night during the summer and in December there is a laser light show which attempts to show how the cathedral looked when it was originally built.  Also the cathedral is an active Catholic church.  Mass is held every Sunday at 10:15am and includes Gregorian chanting.

The cathedral is open daily and admission is Free!