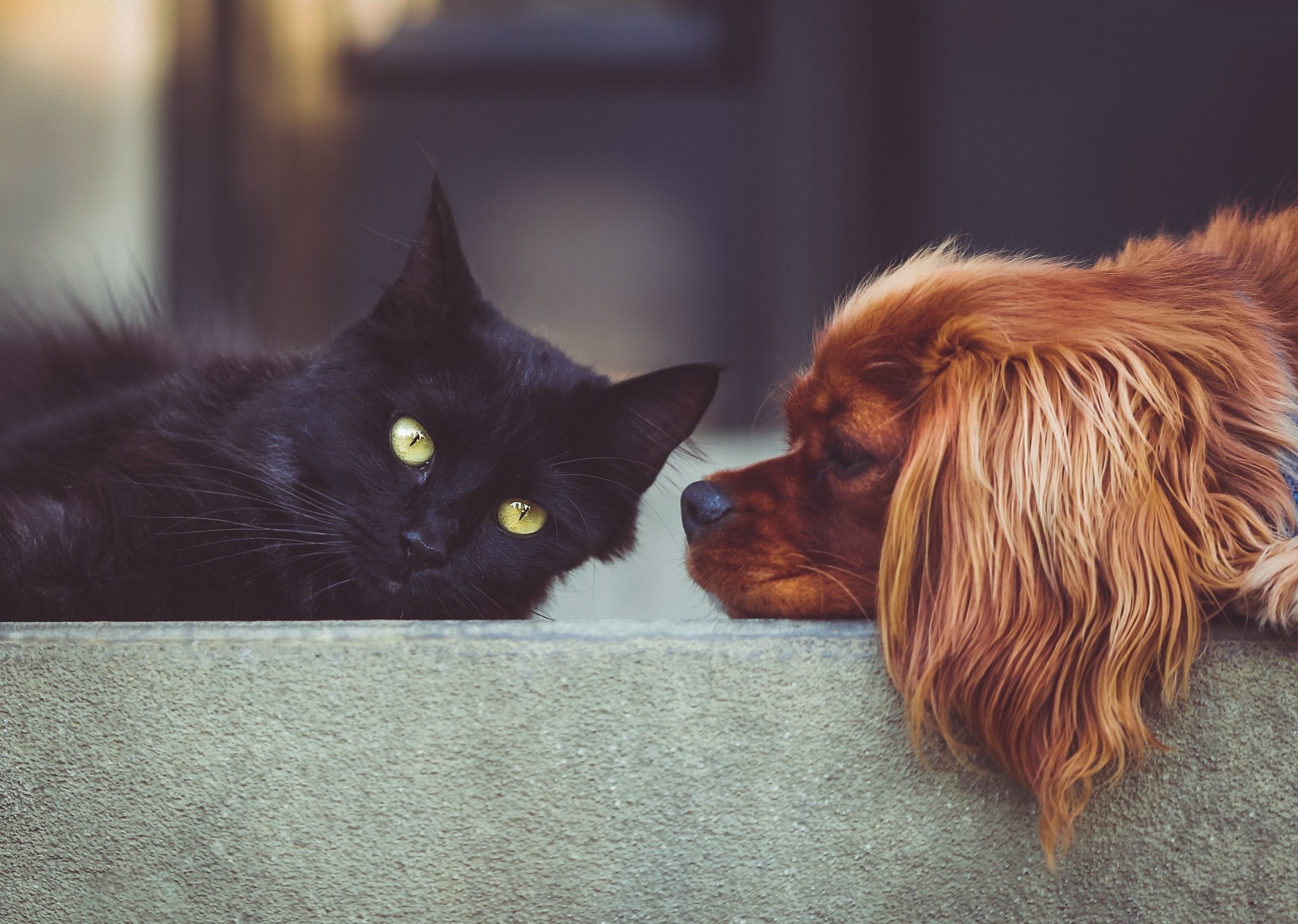 Pets are big parts of our lives. Around the world there are actually monuments erected in honor of some famous canines and felines who have touched lives. There is always a heart warming story behind these statues which draw tourists to see them.

If you have a chance, go and visit these monuments of our pawed friends.

Almost every kid may be familiar with Balto after an animated movie produced in 19995 was inspired by his life. Balto was actually a Siberian Husky who, despite the fierce, cold weather, delivered antitoxins to a community stricken by a diphtheria epidemic. He saved lives and in honor of Balto, a sculpture by Frederick Roth was installed in Central Park.

The plaque just below Balto’s monument tells the story of heroism as the sled dogs braved the Arctic blizzards for 660 miles of ice and dangerous waters back in 1925.

Balto’s monument is just near Tisch Children’s Zoo along the East Drive at 67th Street.

Owney was the dog that walked along postal officials back in the 1800s as they performed their duties of bring mails to different corners of the United States, Mexico, and Canada. This mutt also traveled aboard a mail ship of the U.S. around the globe acquiring 143,000 miles for 132 days of voyage.

He was named as the ambassador of the U.S. Post Office and was given tags by the Post Master General to represent the mails he helped deliver. Owney did a lot of work and was able to collect some 1,017 tags during his lifetime.

His life story though did not end in a happy note. An altercation ensued between Owney and a journalist “interviewing him. He was shot on 11 July 1897.

The workers of the post office contributed some money so the bdy of Owney will be preserved. So today, Owney is on post at the Postal Museum with 16 million collections pertaining to the history of postal service in America.

Old Shep was devoted to his shepherd master who lived and worked in Montana back in the 1930s. His master died in 1936, and Old Shep followed the casket when it was brought to the train but the dog was not allowed to be with his master on his last journey.

The loyal Old Shep returned to the train station for the next 6 years hoping that his master will be back. Shep’s story ended when he was hit by a train while hanging out at the station. To commemorate the dog’s loyalty, the government of Fort Benton decided to erect a statue in honor of the dog on Shep’s 50th death anniversary.

Shep’s monument is by the Missouri River at the Shepherds Court right across the Grand Union Hotel. The dog’s grave is on the northern portion of the town near the Signal Point Golf Club, atop a hill overlooking the train station. The Museum of the Upper Missouri keeps his bowl and collar to preserve his memories for the generations to come.

Patsy Ann was a deaf-since-birth Bull Terrier who officially greets anyone going to the capital city of Alaska. Patsy Ann was able to “hear” the ships that are about to dock at the port even though they are still out of sight.

The dog rushed to the port to signal the locals that a boat was about to arrive. Patsy Ann was always eager to welcome the crew and visitors upon their arrival.

Another sixth sense Patsy Ann had was going to the right quay even when the port master gave the wrong signal to the boat. Everyone was amazed with her talents.

She was a stray dog and spent her life in the hall of the Longshoremen. Shed passed away in March of 1942.

Half a century after Patsy Ann’s death, the society named in her honor commissioned a bronze sculpture of the canine. This monument now sits right by the wharf to greet cruise ships that stop by every year. There are also a lot of memorabilia and postcards to remember the dog.

This brave Skye Terrier guarded the grave of his owner, John Gray, for 14 years. Bobby’s master served for the Edinburgh Police as a night watchman and they were inseparable.

The Statue of Bobby is at the corner of the King George IV Bridge and Candlemakers Row. The dog died in January 1872 and was buried next to near the tomb of his master at the Greyfriars Kirkyard.

The church, which is just 10 minutes away from the Waverley Train Station, sells souvenirs of Bobby.

The statue of an Akita named Hachiko is a landmark at the train station of Shibuyan where thousands of commuters and flocks of tourists pass by on a daily basis.

Hachicko belonged to Professor Hidesaburo Ueno of the Tokyo University. The professor adopted the puppy which got lost at the train station. Everyday the dog accompanied him and waited for him at the train station. The old professor died in 1925 while at work. Hachicko who was 2 years old then waited for his master’s return. The loyal canine followed their routing for 10 years, waiting for his master.

A statue was erected in 1934 in honor of the Akita. The dog was there when his monument was unveiled. Hachiko died March of 1935. The statue serves as a popular landmark and meeting place for travelers in the region.

The dog’s body was preserved and can be viewed in Tokyo at the National Science Museum of Japan.

This dog was a Great Dane which served a Royal Navy facility in Simon’s Town along the coastline of South Africa from 1939 to 1944.

Just Nuisance is the only dog who was officially enlisted by the British Royal Navy. When the big dog died back in 1944, he was given the full military ceremonies.

The statue of Just Nuisance sits at the Jubilee Square in the center of Simon’s Town which is serves as host to the South African naval force.

The Cat of Dick Whittington

Dick Whittington was a rich merchant and was the Lord Mary of London for three terms back in the 14th through 15th century. He has been the inspiration of many tales about the town and always part of the story or more proper, the star of the story was his cat.

The Whittington Hospital in London is named after the feline lover. A small monument of his cat sits by the Highgate Hill. If you want to see this famous cat’s monument, the closest stop will be the Archway Tube Station near Junction Road.

The Great Cat of Kuching (Malaysia)

Kuching is the capital of the Malaysian province of Sarawak. You will be fascinated with the colorful statues of cats which you can see all across the town. The most popular of these monuments is that of the Great Cat of Kuching which you can find at the crossing of Jalan Central and Jalan Padungan right in the middle of the city.

The ruling Sultan gave ruling rights to an English soldier by the name of Sir James Brooke who helped topple down an uprising. Brooke was not sure of the Malay name of the place so he asked his guide but this person thought that their leader was pointing to a feral cat. Next thing you know, the town was called Kuching, which is really cat in Malay.

Kuching is home to the biggest collection of cat collectibles housed at the Cat Museum in Petra Jaya. The structure might look fit for space flight but it is actually based on a melanau hat.

You can visit the museum from Tuesdays through Sundays. You can enter for free but you need to pay if you want to take pictures using your video cam or digital camera.

You will see a big statue of a cat and a mouse on Samila Beach in Hat Yai of the Songktha province of Thailand. The monument serves as a marker for the two islets known as the Ko Nu (Rat Island) and the Ko Maeo (Cat Island).

The place was once a busy port use for trading with merchants from the Middle East and India. It is now a quite town but it is still a very popular tourist destination.

Local folklore suggests that there was once a merchant who siled with a dog, a cat, and a rat. The animals stole his magic crystal but they were not able to swim back to shore. It is said that the cat and the rat became the two islands while the dog turned into a hill known as the Hin Khao Tang Kuan. The crystal turned into the powdery white sand beach.

Trim belonged to the explorer Matthew Flinders. The cat is famous for being with his master and fellow voyagers who circumnavigated and mapped the coastline of Australia back in the 1800s.

The feline explorer had a tragic death. The cat was eaten by the hungry slaves. Sydney pays tribute to the cat and erected a statue at the State Library of New South Wales. A monument of Flinders is also nearby.

The plaque under Trim’s statue says: “ TO THE MEMORY OF TRIM? The best and most illustrious of his race? The most affectionate of friends, faithful of servants, and best of creatures? He made the tour of the globe, and a voyage to Australia, which he circumnavigated, and was ever the delight and pleasure of his fellow voyagers.”

Maneki Neko or the Beckoning Cat is a popular souvenir in Japan. According to locals, the Maneki Neko brings good luck. Legends tell that once upon a time a cat stood by the door of the Gotoku-ji Temple and raised its paw as a feudal lord was walking by. The man followed the cat into the temple and was saved from the lighting that struck the very spot he was standing on.

Today there is a growing collection of Maneki Neko statues and figurines at the temple in the western portion of the suburbs of Tokyo. The beckoning cat has been a symbol of good luck that you can find all over the world.